EA’s relationships with developing countries (especially given our location within the Asia Pacific region) have also enabled us to give back to the profession by mentoring such countries to become signatories to various multilateral agreements. Having more countries participate in these agreements will ultimately provide greater mobility options for our members, which is a significant member benefit.

Under the International Engineering Alliance, there are seven international agreements governing mutual recognition of engineering qualifications and professional competence.

Engineers Australia is a participant of all seven agreements. This means that our members’ hard-earned engineering qualifications and experience are immediately recognised by the many countries also involved in these agreements.

The Washington Accord recognises substantial equivalence in the accreditation of qualifications in professional engineering, normally of four years duration.

The Sydney Accord recognises substantial equivalence in the accreditation of qualifications in engineering technology, normally of three years duration.

The Dublin Accord is an agreement for substantial equivalence in the accreditation of tertiary qualifications in technician engineering, normally of two years duration.

The other four agreements cover recognition of equivalence at the practising engineer level between countries that are party to the agreement.

The APEC Engineers Register enables cross-border mobility for professional engineers in the APEC region, recognising significant standards of professional competence in engineering within these countries.

Chartered professional engineers of Engineers Australia are automatically placed on the APEC Engineers Register once they meet the following criteria:

The International Professional Engineers agreement operates the same competence standard as the APEC Engineer agreement but any country/economy may join. The parties to the agreement are largely engineering bodies.

The International Engineering Technologist agreement was signed by participating economies/countries in 2003. The parties to the Agreement have agreed to commence establishing a mutual recognition scheme for engineering technologists.

The Agreement for International Engineering Technicians (AIET) was signed by participating economies/countries in 2015. The parties to the Agreement have agreed to commence establishing a mutual recognition scheme for engineering technicians.

WFEO is the worldwide leader of the engineering profession and co-operates with national and other international professional institutions in developing and applying engineering to the benefit of humanity.

Engineers Australia has participated in WFEO activities for many years and is an acknowledged leader of the engineering profession.

Past National President Dr. Marlene Kanga HonFIEAust CPEng AM is President-Elect of WFEO and will be President from December 2017 to December 2019. Her term will include the 50th anniversary year of the foundation of WFEO in 2018 and the Engineers Australia's centenary year in 2019.

Another Past National President, Dr Peter Greenwood, also represents Engineers Australia and is an Executive Vice President of WFEO, with a term to December 2017.

Engineers Australia is also joint host with the World Federation of Engineering Organisations of the World Engineers Convention in 2019 (WEC2019). Dr. Kanga led the bid to host this event in Melbourne in November 2019. This will be a key learned society event for Engineers Australia during its centenary year. The event will include the WFEO general Assembly which will bring the world's engineers to Melbourne. For further information, please visit www.wec2019.org.au

Federation of Engineering Institutions of Asia and the Pacific (FEIAP)

The Federation of Engineering Institutions of Asia and the Pacific (FEIAP) is an international non-profit professional organisation founded on July 6, 1978.

It was established as The Federation of Engineering Institutions of South-East Asia and the Pacific (FEISEAP) following an exploratory meeting convened and organised by The Engineering Institute of Thailand under The King’s Patronage with the support of the United Nations Educational Scientific and Cultural Organization (UNESCO) on the 03 July 1978 in Chiang Mai, Thailand.

Being an independent umbrella organisation for the engineering institutions within the Asia - Pacific region, FEIAP holds objectives to:

The 24th General Assembly of FEIAP was held in Perth in July of 2016. For further information, please visit www.feiap.org

Our MRAs may be able to help you if you have been Chartered with another engineering organisation and wish to transfer your Chartered status to Engineers Australia.

Have a myPortal account? Join Engineers Australia via a Mutual Recognition Agreement

Engineers Australia currently has mutual recognition agreements in place with the engineering associations listed below. 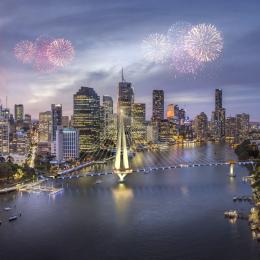 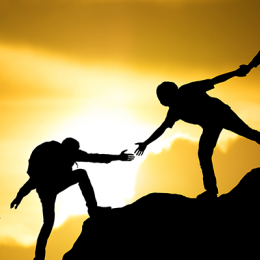 Start time: 12:30pm AEST. Aimed at leaders, this webinar explores the characteristics of highly resilient teams and shares practical tools to help you build resilience in your team. 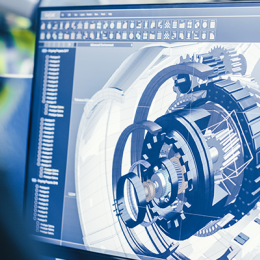 The Engineering and Design Lifecycle

Start time: 12:30pm AEST. Improve your design output and communication with stakeholders by learning the engineering and design lifecycle. 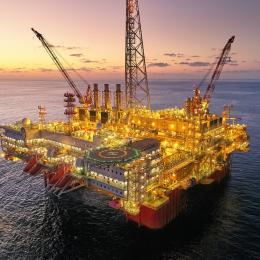 When a structure fails the first thing that #engineers want to know is what caused the collapse? More often than no… https://t.co/9zwf7dsi94

“On behalf of Engineers Australia, I would like to congratulate all of our finalists on their outstanding achieveme… https://t.co/qyxf65PHWY

@ACCIONA are trialing a #COVID19 tracing system where workers can be tested at the beginning of each work day and f… https://t.co/nSJYxk93nn

Become equipped with the knowledge to help you meet your regulatory requirements. This upcoming information session… https://t.co/uAEJOierjo

This week marks the 20th anniversary of the 2000 Sydney Olympic Games. As #MySydney2000 celebrates the people that… https://t.co/0nKSkaf8mM

On the ground, in the air and under the sea, they're RoBeetle's! 🐞 @USC researchers have developed new tech that co… https://t.co/wOpxJAgP2q

#COVID19 has enabled #engineers to innovate and create new things in record-breaking time - including the 5 week bu… https://t.co/u3TFChrNOZ

Now is the perfect time to get a step ahead in your engineering career. Chartered status signals your ability to ex… https://t.co/wSdpQn7slK

While flushing your toilet with the lid up overseas could increase your risk of catching #COVID19, hydraulic… https://t.co/mACKE2bPbY

Paralysis patients will soon have greater autonomy thanks to biomedical engineer Puya Abolfath and his bionic glove… https://t.co/00Vfnc1XTE

Our Division Virtual Award Ceremonies are kicking off today to announce the 2020 AEEA and Engineer of the Year Awar… https://t.co/LMT8VQY57T