Engineers who must have enjoyed their jobs immensely have won the 'Nobel Prize' of computing, the Turing Award, which recognises lasting and major contributions to the field of computing.
News Image 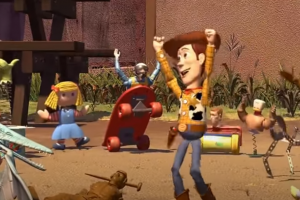 Engineers who must have enjoyed their jobs immensely have won the 'Nobel Prize' of computing, the Turing Award, which recognises lasting and major contributions to the field of computing.

The recipients of the Turing Award are Dr Edwin Catmull and Dr Patrick Hanrahan, who were recognised for their pioneering work in computer generated imagery. This work led to novel animation for film and the Toy Story franchise from the mid-1990s onwards. For those unfamiliar with Toy Story, its three-dimensional animation was unlike anything seen prior to its release in 1995. The Turing Award for this work comes in the wake of numerous awards and honours for Catmull and Hanrahan for their work in computing, graphics and animation.

Ed Catmull and Pat Hanrahan were founding employees of Pixar Animation Studios in 1986 when Steve Jobs bought Lucasfilm's computer graphics division. Hanrahan, who is now a professor of computer science and electrical engineering in the Computer Graphics Laboratory at Stanford University, was involved in the design of the RenderMan Interface Specification (RISpec) at Pixar. This is an open application program interface (API) that describes the 3D scenes and turns them into digital photorealistic images. A component of this is the RenderMan Shading Language (RSL) that is used to define shaders in a language syntax that is C-like. The language defines standalone functions and five types of shaders: surface, light, volume, imager, and displacement shaders. Here is an early test from 1992 for what would become the first Toy Story film.

During his post-doctorate, Catmull had created a way for a computer to recognise a curved surface and later became the vice president of Industrial Light & Magic in 1979. This was Lucasfilm's computer graphics division that worked on the early Star Wars trilogy. In the 1980s, he became president of Pixar and Walt Disney Animation Studios, however, he is now a retired computer scientist.

The Turing Award bestowed upon Catmull and Hanrahan is named after Alan Turing, an English mathematician and computer scientist who formalised the concepts of the algorithm and computation, created a model for a general purpose computer, and is considered to be the 'father of artificial intelligence'. Turing would have been impressed by how much his work has influenced the world of computing from the internet to AI and now computer animation.