Adaptation strategies can reduce the threat of cyclones

Following the recent devastating hurricane season in North America and the Caribbean, two structural engineering professors are proposing adaptation strategies to reduce the threat of hurricanes or cyclones.
News Image 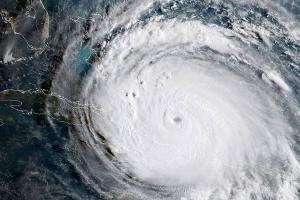 Following the recent devastating hurricane season in North America and the Caribbean, two structural engineering professors are proposing adaptation strategies to reduce the threat of hurricanes or cyclones.

Dan Frangopol from Lehigh University in Pennsylvania and You Dong from Hong Kong Polytechnic University have written a paper in the ASCE Journal of Performance of Constructed Facilities titled "Adaptation Optimisation of Residential Buildings under Hurricane Threat Considering Climate Change in a Lifecycle Context".

Frangopol is a pioneer of life-cycle engineering, which assesses environmental impacts in conjunction with economic impacts of a structure's life-cycle from its production to its use and its end.

He and Dong present a systematic framework for the optimal adaptation of residential buildings at a large scale under various scenarios of impending climate change during a long-term interval.

A genetic algorithm-based optimisation process is adopted to determine the optimal adaptation types associated with buildings within an investigated region. The framework considers the probabilistic occurrence models of hurricanes, structural vulnerability of typical residential buildings, possible climate change scenarios, and optimisation of various climate adaptation strategies in a lifecycle context.

Within the context of climate change engineering, they found lifecycle loss, cost-benefit analysis, and optimisation can provide the decision maker important information necessary for assessment and adaptation of structural systems at a large scale. This information can be used in design, maintenance, and management processes of civil infrastructure considering extreme events and climate change.

[Satellite image of Hurricane Irma with its eye just off the coast of Cuba in September. Image: NOAA/CIRA]