Addressing the shortage of women engineers

UNSW has set a target to have 30 per cent of its engineering enrolments be female by 2020 and it is on its way to that goal.
News Image 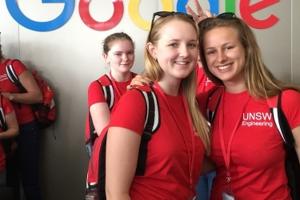 Comparatively, in 2013, just 19 per cent of the main round engineering offers went to female students. According to UNSW's Women in Engineering Manager Dr Alex Bannigan, the growth has been incredible.

“These numbers show that there is no lack of interest in STEM disciplines among women – once they know about the opportunities presented by a career in engineering, there are plenty of women keen to pursue it,” said Dr Bannigan.

In order to get more women into engineering, UNSW Engineering has been actively recruiting female students and running STEM outreach programs, including its Women in Engineering Summer Camp for senior high school students, which provides participants with a rich summer program, including site visits to engineering firms.

One previous participant is Laura Johnson, who will be entering the UNSW Engineering faculty in 2017. She has been accepted into the flexible first-year program and hopes to stream into the renewable energy engineering program. Her ultimate goal is to work as a humanitarian engineer on renewable energy projects in developing countries.

“There’s enormous scope for renewable energy technologies in the future as we move to a clean energy economy,” she says. “I believe that transition is going to happen and I want to be at the forefront of that change.”

In addition, UNSW has introduced the Head-Start Awards scholarship program, where the 60 highest-ranking commencing students are awarded $3000 each. There are also another 15 women in engineering program scholarships, 10 of which are sponsored by the industry.