The aim of artificial intelligence is to equip machines with human intelligence says the University of Sydney's Dacheng Tao.
News Image 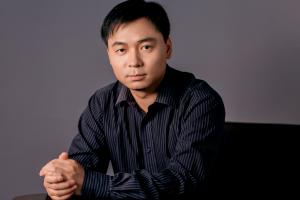 Professor Dacheng Tao has recently joined the School of Information Technologies at the University of Sydney to further his research on artificial intelligence.

AI has quickly infiltrated several aspects of our lives, from facial recognition to autonomous cars, with Tao saying the technology has the potential to revolutionise how we view work, learn, discover and communicate.

“We know that artificial intelligence is a transformational technology that holds promise for tremendous social economical benefits,” Tao said.

“It can further our national priorities including increased economic growth, prosperity, improved educational opportunity, and quality of life. It also has the potential to enhance national and homeland security.”

Tao’s AI research focuses on computer vision, deep learning and statistical learning, and he has been ranked by Thomson Reuters as a Highly Cited Researcher for Engineering and Computer Science.

He believes this human intelligence can be broken down into four areas – perceiving, learning, reasoning and behaving, so if humans can put such capabilities into machines, those machines will be able to carry out functions like humans, or even better.

“Recently, artificial intelligence technologies have been widely applied to various applications, from forms of transportation, communications, entertainment, government, security and medical services, to every little detail of our life,” Tao said.

But he said AI is a broad concept that isn’t just about wiring information – it also comprises several components that are related to many areas, such as image processing, data mining, cognitive sciences, psychology and mechanical engineering.

One aspect of Tao’s research looks at various signals that are used in AI because so much of our how we perceive the world comes from sight.

Related to this is learning ability, which is then also related to the ability of reasoning and behaving, Tao said.

“If learning is successful then a lot of those things can become much easier. So that means we needed to learn something from the data we have,” he said.

“In the past, we have done many things related to matrix factorisation, such as multilayered learning, multitask learning, transfer learning, cognitive inference and deep model compression.”

But while algorithms such as deep learning could be our future and effect change, Tao said it can take a vast amount of storage and be complicated because there are so many layers.

“The current networks can contain more than a hundred layers, even more than one thousand layers, and for each layer it contains a huge number of parameters. For the whole network, it might contain a billion or a trillion layers of parameters,” Tao said. “But our tasks are not that complex.”

Tao said many countries are helping to make significant contributions to artificial intelligence, but the United States is taking the lead on several aspects because it is home to some of the best AI companies in the world.

But he said regions like the United Kingdom are also excelling, with government-funded institutes like the Alan Turing Institute and the UK National Institute of Robotics and Artificial Intelligence, as well as China.

One reason these countries are excelling is because they have a national strategy and AI plans and have invested a lot of money in fundamental AI research areas, Tao said.

“Artificial intelligence and technology have broad application prospects in manufacturing, medical care and entertainment – a lot of applications – so it is essential to take the opportunity to create new technologies,” he said.

“The universities in North America, the UK and China attract a lot of high quality PhD students who have become leaders in artificial intelligence research in recent years.”

While Tao said Australia has made a significant contribution to artificial intelligence, machine learning and cognition, he said we don’t do well in attracting talent like this.

“Although we have a lot of top quality universities in Australia, the government should provide more funding support to attract talented students and researchers so in the future we can do more important things,” he said.

“I understand this kind of environment might not be immediately projected to contribute to our GDP or profile, but I think for long term consideration this will be very important.”