The award was given by the American Physical Society to the UNSW engineering professor for remarkable achievements in the experimental development of spin qubits in silicon.
News Image 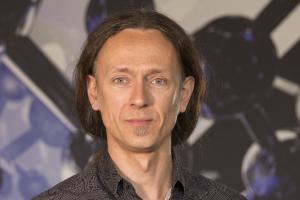 Andrea Morello (pictured above) was recently announced as the inaugural recipient of the Rolf Landauer and Charles H. Bennett Award in quantum computing for work some deemed almost impossible.

The award was given by the American Physical Society to the University of New South Wales professor “for remarkable achievements in the experimental development of spin qubits in silicon.”

Morello, a professor at UNSW’s School of Electrical Engineering and Telecommunications and head of the Quantum Spin Control group at the Centre for Quantum Computation and Communication Technology, said the award is a big recognition.

“I have won many, many Australian awards, of which I’m very proud, but this is an American Physical Society award endowed by IBM and named after the two fathers of information theory, both classical and quantum,” Morello said.

Part of Morello’s work has included building basic components for a quantum computer made out of single atoms in silicon, an idea that first came about in 1998 with Bruce Kane, which led to the creation of the Centre for Quantum Computer Technology at UNSW.

Morello first came across Kane’s work when he was a PhD student in 1999 in Holland when he was working on quantum magnetism.

He was part of a research group that met weekly to discuss research when a member of the group brought in a paper by Kane discussing the idea for silicon quantum computer.

“I remember distinctly reading the affiliation and the address line on the paper. UNSW, Sydney, and I thought, ‘Oh, hmm, interesting, Sydney. That’s a nice place. Who knows? Maybe one day I could go there and do something,’” he said.

Seven years later, Morello moved to Sydney and now carries out research on how to manipulate complex spin systems.

“It was a visionary, very ambitious idea that most people considered too ambitious and essentially borderline unobtainable,” Morello said.

The challenge now is to scale up to many quantum bits and make them interact with each other, with all the silicon quantum computer devices made in a university research environment.

“At the moment, our strategy is to work out the basic science for how to make these quantum bits interact with each other with the facilities we have,” Morello said.

“In the meantime, [we will] start to ramp up interaction with industry and with other commercial partners to then move outside and beyond the academic realm and start making these devices in a more industrial environment.”

Morello said the team is around five years off from having a product that people could buy. But in terms of having a company that holds the intellectual property and technological know-how to build devices that someone could buy in the future, this could happen in the next couple of years.

Eventually, Morello hopes the technology could be used in things like drug design and molecular and material design aided by a quantum computer.

There could also be other future applications, but Morello said it’s too early to say what could be done.

One of Morello’s career highlights was when he first saw the quantum state of a single electron of silicon in late 2008, before he was a professor.

“From there, everything began, because manipulating single spins is not any harder than manipulating a billion spins. What’s really hard is … to detect them,” Morello said.

“There is a value in discovering new things. There is a pleasure of discovery.”

Morello said there have been many who have said it would never work because it was too difficult.

But what they failed to think about was that someone could come up with a different idea that completely bypassed the problem.

“One of the things I really like about quantum technology is that there seems to be a continuous flow of really clever and inventive people who look at the problem that the great eminent experts thought, ‘This will never work. This is too hard,’ and they will give a reason why it will never work and they simply bypass it,” Morello said.

Morello has even come across this in his own research when the team has hit a brick wall, and a student joins the group with a new idea.

“That is my forbidden pleasure, by working in this field, to see the prophets of doom being silenced one after the other,” Morello said.

“I just work on this topic because I think it’s very important and relevant and very interesting and exciting to work on. I work on it in the confidence and also the past experience that obstacles get removed and get worked around, one after the other.”