SPONSORED CONTENT: ARUP became an early adapter of a PDF based technology and participated in a case study to embrace the technology, identify challenges and highlight any positive outcomes they experienced.
News Image 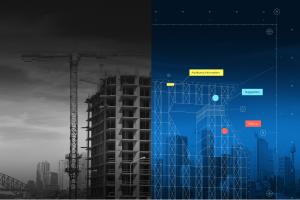 After careful evaluation, ARUP became an early adapter of a PDF based technology and participated in a case study to embrace the technology, identify challenges and highlight any positive outcomes they experienced.

One challenge that ARUP faced was the ability to ensure quality deliverables to clients. A lack of internal standards slowed down project delivery, due to frequently bloated timeframes due to the high reliance on email communications to clarify and track out-going and incoming instructions.

Going from manual to digital

In addition to offering a powerful toolset to create PDFs, 3D PDFs and full document sets, Bluebeam Revu allows you to augment the information on a PDF. Measurements can be applied to scale and perimeter, volume and quantity takeoffs can be tallied and summarised inside the PDF or exported in XLS format.

Tasks created can include comments attached to PDFs using desktop or mobile interfaces and images, scans can be embedded or hyperlinked to a document.

In addition to this, multiple users can also collaborate in real time using a cloud based technology called Bluebeam Studio.

As part of the case study, ARUP determined that Bluebeam Revu cut design review times by as much as 60% and reduced operating costs by using a non-print media. Bluebeam Revu has also allowed ARUP to minimise risk by using previously unusable as-built drawings and convert them to scalable, accurate and efficiently marked-up digital PDFs suitable for client deliverables.

The mobile capabilities of Bluebeam Revu and Studio allow employees to spend their time efficiently by doing more activity-based tasks rather than administrative or document search capacities.

Bluebeam Studio has allowed the globally savvy firm to involve technical experts from offices around the world to collaborate on projects, providing value to clients.

ARUP found the adoption of Bluebeam Revu and other technologies was incredibly helpful in attracting talented staff and concluded that adopting the technology allowed them to stay on the cutting edge of technology and remain competitive heading into the future.

You can find the full case study here: http://downloads.bluebeam.com/pdfs/case-studies/caseStudy-Arup-AU-v01.pdf