Call for specialist STEM teachers from primary up 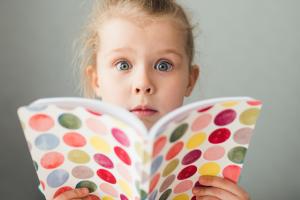 It’s time for schools in Australia “to take engineering seriously,” according to Professor Elizabeth Croft, Dean of Engineering, and Professor John Loughran, Executive Dean of Education, at Monash University.

Writing for Education HQ, they cited the recent collapse of the Ponte Morandi in Genoa as a prime example of ageing infrastructure being “an alarming problem facing the developed world” and the ongoing need for engineers.

“We need engineers to maintain this infrastructure, largely built in the post-war period and coming to the end of their design lifespans,” Croft and Loughran said. “At the same time, cities are racing to build urgently needed infrastructure to accommodate rapidly growing urban populations.”

The Monash Deans are concerned for Australia’s future and the need for more women engineers. As a result, they have called for specialist STEM teachers to be introduced into schools, just as there are specialist teachers in foreign languages, art and music. Professors Croft and Loughran emphasised this is “critical” for female students, to address the gender imbalance in engineering and to secure more engineers for Australia’s future.

“If we’re committed to increasing the amount of women in engineering from the 13% currently practising in Australia, we’ve got to work much harder to involve them from the start,” Croft and Loughran said.

“Currently, most girls don’t encounter engineering until very late. With no specialist STEM teacher to introduce the foundational ideas and practices early, and with few role models to show they belong in the modern engineering workplace, why would we expect them to invest in studying the maths and science subjects they need for a career in engineering?”

Croft and Loughran said if girls were taught that their STEM skills can create solutions to local and global problems - which can make a real difference to people’s lives - “Australia’s technology future would be far more assured”.

“Education systems need to take this need seriously if we’re ever to address our critical infrastructure needs. And leaving it too late in the curriculum will no longer do,” the pair stated. “Primary schools are the breeding ground for the careers of the future. We need to start there.

“Let’s start by recruiting them [engineers] first in our primary school classrooms. STEM education offers a way of doing that, and it’s time for education systems to take it seriously.”

Engineering is the glue that holds STEM together; it turns the theory into practice, the Monash Deans said. “And we need specialist STEM teachers to show how maths and science can be creatively applied.”