Skip to main content
Back to Home
Due to high volumes of users, there may be issues with accessing myPortal. Please reattempt to access your myPortal in 60 minutes.

A career of firsts: Julie Hammer

Julie Hammer boasts an incredible list of firsts: the first woman in Australia to command an operational defence unit, the first serving woman in the history of the Australian Defence Force to be promoted to One Star Level and she also managed to fit in being the first female National President of Engineers Australia. Read more about her story in this exclusive excerpt from ‘Anything is possible’ – Engineers Australia’s celebration of 100 Australian engineering leaders, now available to purchase.
News Image 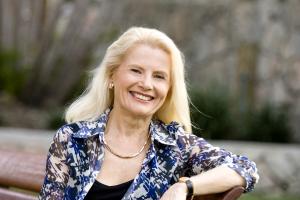 As an indication of the challenges that confronted Julie Hammer during her emergence as one of Australia’s most recognised engineers in her field of electronics, consider this: after she joined the Royal Australian Air Force in 1977, her 1981 transfer to the Engineer Branch was possible only because such a role had just been opened up to women.

Hammer was no token appointment.She had been placed eighth in the State of Queensland in the Senior Public (Matriculation) Examination, and completed a B.Sc. (Hons) in Physics at the University of Queensland.

In her early junior officer days, she was a staff member at the Engineer Cadet Squadron, instructing in electronics at the School of Radio. Yet she also managed deep level maintenance on F-111, Iroquois, Chinook and Canberra aircraft at Amberley, and worked at Headquarters Support Command in the engineering management of avionics equipment for the RAAF fleet.

By 1985, Hammer was promoted to Squadron Leader. This marked her for greater things; she studied at RAF Cranwell in the UK, completing a M.Sc. in Aerosystems Engineering before returning to Canberra and serving as a technical intelligence analyst in the Joint Intelligence Organisation.

She subsequently worked on a major electronic warfare project, the P3C Orion Electronic Support Measures Project, first as project engineer and then, after promotion to Wing Commander, as project manager. In 1992, she assumed command of the Electronic Warfare Squadron in Adelaide, the first woman to command an operational unit in the RAAF.

By now, her star was ascendant, risingon the strength of her intellect and leadership. Hammer was soon promoted to Group Captain and posted into major projects, this time as the Project Director of a number of command and control projects, interrupted only by secondment to the Science and Technology Team of the Defence Efficiency Review, and a stint as the sole Australian student at the prestigious Royal College of Defence Studies in London.

Returning to Australia, she assumed Air Commodore duties as Director General Information Services, responsible for the operations and support of Defence’s fixed communications networks and computer systems throughout Australia. This made her the first serving woman in the history of the Australian Defence Force to be promoted to One Star level.

Indeed, it has been a decorated career of ‘firsts’ for Hammer. On 26 January 2004, Air Vice Marshal Julie Hammer was appointed a Member of the Order of Australia for exceptional service in the fields of electronics engineering in Defence, and military education as the Commandant of the Australian Defence Force Academy.