Effect of COVID-19 on engineering jobs: what we know so far

Lockdown measures have caused unprecedented declines in the overall job market, and although engineering-intensive industries have fared better than others, it is not immune to this trend. We investigate what the latest figures tell us, and what we can expect over the course of 2020.
News Image 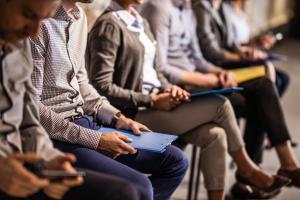 Lockdown measures have caused unprecedented declines in the overall job market, and although engineering-intensive industries have fared better than others, it is not immune to this trend. We investigate what the latest figures tell us, and what we can expect over the course of 2020.

COVID-19 restrictions have dealt an added blow to Australia’s overall labour market, which was already feeling the effects of prolonged drought and bushfires. According to data released this week, online job vacancies across the board increased in May by 31.1% (or 21,700 job advertisements) but, year-on-year, there has been a drop of 49.0%.

The engineering profession generally reflects broader workforce trends. However, the past month shows that engineering-intensive industries that were slower to feel the effects of the COVID-19 health response lockdown may also be slower to recover as restrictions are eased.
According to Engineers Australia analysis, and in contrast to economy-wide results, engineering job advertisements fell by 8.7% (or 9,400 job advertisements) in May.

Australian engineering vacancies have steadily declined in the last 12 months—by 44.2% in annual trend terms (or 78,000 job advertisements). This decline has accelerated in 2020.

“The biggest monthly decline for engineering vacancies since records began in 2006 occurred in April, so this result for May is an indicator that the recovery might be beginning, albeit slowly,” said Senior Policy Advisor Sybilla Grady.

Engineers Australia analysis shows that in the first quarter of 2020 – before the full effects of the pandemic restrictions had taken effect – all states and territories experienced contractions in the number of jobs advertised.

“This formed a baseline against which the effects of lockdown can be measured,” Grady explained.

With the job vacancy data to the end of May now available, it is clear that the recovery will not be a quick “V-shape”, but is likely to be a slower, elongated, “U-shaped” recovery.

The top 10 engineering occupations, in terms of number of advertised job vacancies over the past 12 months, are as follows:

On a three-monthly average basis, the top three jurisdictions for employment are, in descending order, NSW, Queensland and Western Australia.

Engineers Australia has performed an analysis of the Australian Bureau of Statistics’ (ABS) special payroll statistics and the ABS Labour Force Survey. It is estimated that, across all occupations (and compared to February 2020 before the effects of the COVID-19 response began) 1,132,322 jobs were lost to the end of April. By the end of May, it is estimated that 976,140 jobs were lost which means that, during May, 156,182 jobs had been recovered.

For engineers, it is estimated that up to 3.4% of qualified engineers employed in engineering occupations in the seven ‘core engineering’ industries have lost jobs. The core engineering industries are mining, manufacturing, utilities, construction, information & telecommunications, professional services, and public administration.

These figures relate to direct job losses from the restrictions and probably do not yet include down-stream or secondary effects caused by a prolonged economic downturn.

While the extent of secondary effects on engineering employment is currently unknown, contributing factors will be the significant reduction in hours worked and the large number of people supported by the JobKeeper program.

“How these two factors pan out in the coming months will be critical for engineers and other employees,” Grady said.

A disturbing feature of the job losses data is that it appears that women are disproportionately affected, and this holds true for all industries except four of the 19 industries examined. In construction and agriculture, men fared worse than women, and in finance & insurance and the utilities, there was an overall small gain in employment.

National Manager for Professional Diversity and STEM, Justine Romanis, notes that, for all the popular talk of a newfound acceptance of flexible working being a benefit for women’s employment opportunities, the data reinforces the fact that entrenched inequity is alive and well.

“As with hiring decisions, employers need to think long and hard about how they manage redundancies. Bias, unconscious or otherwise, has to be proactively managed to ensure the decisions that affect businesses and livelihoods are made on equitable grounds to ensure that the headway we have made recently in increasing female participation is not stalled, or even worse, driven backwards” said Romanis.

Grady said Engineers Australia is committed to assisting government and industry in recovery efforts as restrictions ease. To this end, the organisation has released a 9-Point Plan recommending important actions.

“The bushfires and pandemic have alerted the community that a focus on resilience, and strategic long-term planning will be essential in responding to such events,” she said.

“Innovation in response to challenges including climate change – along with a continuation of now-proven flexible working arrangements – offers opportunities for positive change.

“The road to recovery is likely to be long, and probably bumpy, but the profession is resilient, and its services are needed now more than ever,” said Grady.