As an engineer how important is it to recession proof yourself?

Navigating the ups and downs of an industry is one key to career success.
News Image 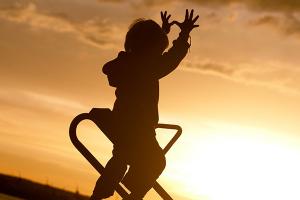 Career Coach Ray Pavri, who focuses exclusively on career coaching engineers for 20 years, asks some tough questions as engineers start to look towards the challenges they face in 2018. Watch out for Ray's speaking tour as part of Engineers Australia FOCUS Series.

Over the last eighteen months or so I have been in touch with hundreds of engineers through Australia from various engineering sub-disciplines about the level of dissatisfaction that’s being faced by them. I’m finding through these discussions that engineers are facing tough times in settling down into careers which they get continual enjoyment out of.

When I say tough times, I’m talking of engineers who suffer from things like bullying in the workplace, safety issues in regional Australia and the suffering of engineers with depression and low self-esteem.

Several were so despondent that they were questioning whether engineering was the right field for them with them willing to throw the baby out with the bathwater without introducing some clarity into their thinking.

This is happening because the market may look dreadful with few choices, particularly for those in the mining, oil & gas, manufacturing and power generation industries.

I am talking about those employed and who are facing tough conditions, not experienced before – and no I am not just talking about cyclical conditions which will phase out anytime

Traditional mechanisms of finding new work like job boards and recruiters are failing.

Job ads within Job Boards get 400 to 1,000 applicants with almost all not getting a response to applications made. Yet everyone relies on this.

Recruiters never return phone calls and the ads which are put on job boards by recruiters are rarely responded back to.

For industries like building services, renewables of all forms, defense, infrastructure - some engineers say its never been better - especially in the eastern states of Australia.

But every industry which has a great time has an ordinary time coming up. And the downward cycle may not be a few months but could be several years.

Are you caught in the downward cycle irrespective of the industry? Have you been made redundant or have self-esteem-draining things happen to you? Is that a good situation to be in?

Knowing how to recession-proof yourself is important because what worked in the past is not what’s going to help you in future.

A talk on how to recession-proof yourself is being held in Melbourne at the Engineers Australia office with speaker Ray Pavri, Australia’s most respected career coach for engineers with a book he’s written available for those who attend.