Engineers Australia reveals the most innovative engineers for 2017

The flagship publication of Engineers Australia, create magazine, is profiling Australia's Most Innovative Engineers in its July edition.
News Image 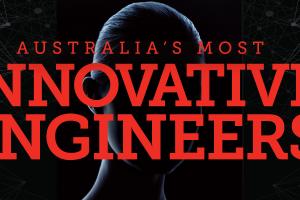 The flagship publication of Engineers Australia, create magazine, is profiling Australia's Most Innovative Engineers in its July edition.

More than 200 engineers either nominated themselves or were nominated by peers for inclusion in the list. These entries were examined by a panel of judges and 30 engineers were selected for the list in ten different categories. They were:

"Australian engineers are respected worldwide both for our ingenuity and persistence in making our solutions work," he said. "We are the home, after all, of world famous inventions such as WiFi and the black box flight recorder."

He was also pleased that a quarter of the finalists were female engineers. "Increasing the gender diversity of the engineering profession is crucial to our long-term sustainability," McIntosh said.

"I hope the women on this list inspire young women to be as creative and ingenious as them."