Engineers Australia has welcomed the passage of the Professional Engineers Registration Bill 2019 through the Victorian Parliament, saying it will result in higher levels of community safety.
News Image 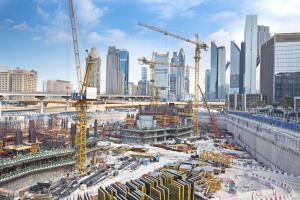 Engineers Australia has welcomed the passage of the Professional Engineers Registration Bill 2019 through the Victorian Parliament, saying it will result in higher levels of community safety.

The new laws will make it compulsory for Victorian civil, structural, mechanical, electrical and fire-safety engineers to be registered. It will also be an offence for those who are not registered to represent that they can provide professional engineering services in these areas.

“Currently, consumers have no real way of knowing whether they are dealing with an engineer who is currently qualified and competent, or if they maintain standards through ongoing professional development and are bound by a code of conduct,” said Ms Printz.

“The introduction of these new laws will allow faux engineers to be weeded out and prevented from calling themselves an engineer, and those who do not uphold the highest standards will be subject to greater accountability – and penalties.”

Engineers Australia Chief Executive Officer, Peter McIntyre, said the bill paved the way for the introduction of similar legislation in other states.

“Queensland has had a successful register of engineers in operation since 1930 and it shouldn’t take a crisis for governments to act in the interests of community safety and consumer protection,” he said.

“Engineers Australia would like to publicly acknowledge the efforts of the Andrews Government for pushing ahead with this important community safety reform and recognise all members of Parliament who supported these important changes.

“We urge other states and territories to follow Victoria’s lead and take immediate action on the introduction of compulsory registration schemes for engineers.”