New laws to reform the NSW building sector and to introduce a registration scheme for professional engineers have passed NSW Parliament. This is welcomed by Engineers Australia.
News Image 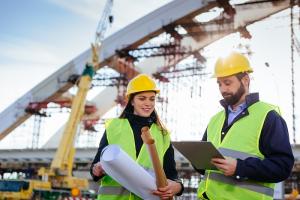 New laws to reform the NSW building sector and to introduce a registration scheme for professional engineers have passed NSW Parliament. This is welcomed by Engineers Australia.

Following strong advocacy from Engineers Australia, it will become compulsory for professional engineers to become registered to practice. This will apply to the building sector as well as other sectors.

“The passage of the Design and Building Practitioners Bill through the NSW Parliament is a history-making development in the regulation of professional engineers in Australia and one which will significantly benefit the community and the engineering profession,” said Engineers Australia Chief Executive Officer, Dr Bronwyn Evans.

“It will lift professional standards for the 60,000 engineers who work in NSW and who are vital to the state’s economic recovery from the coronavirus pandemic.

“Australia’s three largest states now have laws which make it compulsory for engineers to be registered and there is no reason why the remaining five states and territories should not introduce similar laws as soon as possible.”

“Among the other outcomes of the legislation are that it will become an offence for a person to use the title ‘registered professional engineer’ unless they are registered and have the right qualifications and level of competency,” Dr Evans said.

“Compulsory registration of engineers will help to minimise the risk of more major incidents, such as Opal and Mascot Towers or bridge collapses that have been seen in Australia and around the world.

“Our members overwhelmingly support the reforms for compulsory registration of engineers, and Engineers Australia is pleased to have played a leading role in them becoming law.

“Engineers Australia looks forward to continuing to work constructively with the Government and other key stakeholders as the regulations to the legislation are developed.”

Additional notes on the new laws: