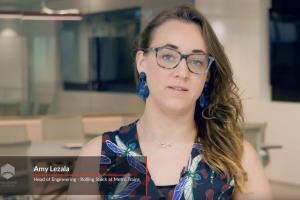 The engineering profession is offering fresh, strong public backing of legislation to introduce compulsory registration of engineers in Victoria, which could be debated in the Legislative Council as soon as tomorrow.

If passed, the new laws will significantly enhance community safety and consumer protection by making it compulsory for Victorian civil, structural, mechanical, electrical and fire-safety engineers to be registered. It will also be offence for those who are not registered because they don’t have the right qualifications to use the title professional engineer.

Some of the industry’s top engineers have come out in support of the proposed bill, including AECOM, one of Australia’s largest employers of engineers.

Regional Managing Director - AECOM Victoria, South Australia and Tasmania, Mark McManamny, said the establishment of compulsory registration will provide a consistent and robust framework to enhance the quality and reputation of the entire profession.

“Ultimately, our purpose as engineers is to improve our environment and to enhance the quality of life within our communities. This comes with a responsibility to operate at the highest professional and ethical standards, be accountable and pursue ongoing professional development,” said Mr McManamny.

Respected engineers from across the industry have also joined forces in an online campaign to promote the bill, which kicks off today with a video testimonial on social media.

“In a national poll commissioned by Engineers Australia last month, 86 per cent of Victorian respondents agreed that engineers should be registered. Nationally, that figure increased to 88 per cent and is consistently high across all demographics,” said Ms Printz.

“Engineers are calling for reform and the community expects it. Compulsory registration of engineers would help to restore confidence in the engineering profession at a time when it is being openly questioned.”