While solar panels have been around for some time, engineers are now experimenting with rooftop panels that could create electricity at night, offering the potential to produce renewable energy without the sun.
News Image 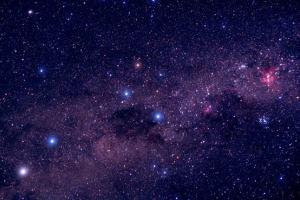 While solar panels have been around for some time, engineers are now experimenting with rooftop panels that could create electricity at night, offering the potential to produce renewable energy without the sun.

The contrast between the coldness of space and the relatively warm atmosphere of Earth is what interests these researchers at Stanford University in California, using the same optoelectronic physics as solar panels.

Solar panels are essentially large-scale photodiodes (made of semiconducting material which converts photons from the sun into electricity) by exciting electrons in a material like silicon. In the experiment, the photodiodes worked backwards: as photons in the form of infrared radiation (heat radiation) leave the system, a small amount of energy is produced.

This took advantage of what is known as the "negative illumination effect" – the flow of outgoing radiation as heat escapes from the Earth back to space. In the new study, the researchers said an infrared semiconductor was used that faced the sky to convert this flow into electrical current.

Lead author and professor of electrical engineering, Shanhui Fan, explained that the vastness of the universe is a thermodynamic resource. He added that in terms of optoelectronic physics, he believes there is a wonderful symmetry between harvesting incoming radiation and that which is outgoing.

In the study, the process produced a measurable amount of electricity although it is a long way off from efficiently contributing to the power grid. The engineers were able to produce 64 nanowattts per square metre of power. While this is a small amount, it demonstrated proof of concept that with the right materials and conductions, it could lead to much more being produced.

The study has been published in Applied Physics Letters.