The final report into the causes of the structural damage to Sydney’s Opal Tower says the damage could have been avoided if an engineers’ registration system was in place along with other key recommendations. As engineers and builders now look to fix the major problems caused at Opal Tower, is it time state and federal governments take the common-sense approach and adopt recommendations that have been around for years?
News Image 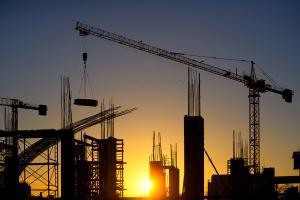 The final report released in February found the cracks that appeared in the tower were largely due to an “as-constructed hob beam/panel assembly” being under‐designed according to national codes.

The first of the three recommendations in the report include introducing a register for engineers to ensure professionals have a high level of competency and recognised qualifications.

The recommendation is one the NSW government says they’ve already committed to.

This is good news for the industry and Engineers Australia as it has been proposing a registration scheme for all states and territories for years.

A look back at how events unfolded

For the past two months, Engineers Australia spokespeople have been providing advice and information on the incident which left thousands of residents homeless after the 34-storey Opal Tower apartment building formed severe cracks on Christmas Eve, 2018.

A day after the structural damage occurred, NSW Minister for Planning and Housing Anthony Roberts announced that an investigation had begun.

Under the direction of the NSW Government, engineering academics Professor Mark Hoffman, Professor John Carter and Professor Stephen Foster were brought together to investigate the Opal Tower incident and produce a report of their findings.

A key recommendation from the Shergold and Weir’s Building Confidence report called for registration of engineers to be harmonised around the country.

Not long after the Opal Tower disaster, the media sought experts from Engineers Australia to make sense of how something like this could have possibly happened.

Engineers Australia Executive General Manager of Strategy and Transformation, Brent Jackson spoke to The Australian about the investigation’s interim report that showed there were a number of construction and design issues with Opal Tower.

"Our ­advice to NSW Innovation and Better Regulation Minister, Matt Kean and other organisations, is to develop a timetable to implement all of the recommendations in the Shergold and Weir report,” Dr Jackson had said.

Engineers Australia Public Affairs National Manager, Jonathan Russell spoke to The Guardian on how certifiers often didn’t have qualifications or experience to make an informed judgment about the quality of works.

In the article, Mr Russell also recommended the state government take on all recommendations from a previous Engineers Australia report from three years ago around NSW’s building certification system.

The report found 85 per cent of new strata units were defective on completion and the system in NSW had “broken down”.

Mr Russell also spoke to Create about the need to bring in a nationally recognised engineers register.

“Our message for them was to start action [on registration for engineers] quickly because we don’t want to be left behind. Action together now means that the system will be truly harmonised and has a better chance of being effective,” Mr Russell said

As Engineers Australia spoke to more and more media outlets, even journalists were surprised at the fact no formalised engineers’ registration system existed in NSW or many other jurisdictions.

In an op-ed for Fairfax, journalist Elizabeth Farrelly said it was “nuts” that engineers in NSW went about their work unregulated.

When the final report on the Opal Tower damage was released in late February, it was already clear what the government needed to do.

The report found the hob beam and panel assembly that caused cracks “did not meet the design requirements of the National Construction Code (NCC) or Australian Standard for Concrete Structures” as reported in Create.

In the report’s first recommendation, it echoed what Engineers Australia has been championing nationally: creation of an engineers’ register for all jurisdictions.

“Registered engineers should have a high level of competency including recognised qualifications benchmarked to international education standards,” the Opal Tower report states

Along with minimum CPD requirements, the report goes on to suggest a co-regulatory system managed by government in partnership with an appropriate professional body

What was more damning was on the bottom of page 14 of the report.

The report states that if the first three recommendations, including an engineers’ registration system, were in place it “would have significantly reduced the likelihood of, or avoided, the Opal Tower damage”.

At the same time of the report’s release, NSW Better Regulation Minister, Matt Kean went further and announced the government would also be adopting recommendations in the Shergold and Weir’s report.

Mr Kean said this included appointing a Building Commissioner – a recommendation that is now more than a year old.

Looking to a safer future for communities

In the days after the release of the report, Engineers Australia CEO Peter McIntyre had the final message in ABC’s PM program, making the point once again that national registration for engineers was still needed.

“Unfortunately, at the moment, anybody can call themselves an engineer. Thankfully most people working are professional and have the right skills and competence, but there’s no guarantee of that.”

“There is no legislative teeth behind [EA’s National Engineering Register]. We disbar members and warn members and control them on our register, but they can simply leave the register and go and practice in the shadows.”

Engineers Australia now looks towards attending the COAG Building Ministers Forum to push for a harmonised and national registration system for all engineers working in Australia.

While Opal Tower was an unfortunate event for hundreds of families, it has uncovered what many in industry and government have shied away from.

Engineers Australia’s priority is to represent a broad engineering community. At the same time advocate to government and communities about the importance engineering plays in everyday lives.

This function is a key role of Engineers Australia, but also a challenging one.

As the industry looks to go about fixing the problems made in the aftermath of Opal Tower, the discussion continues, now with much more pressure on what needs to happen.