Exploring the potential of blockchain technology

The CSIRO's Data61 group is to undertake a review into the potential and implications for both government and industry of the adoption of ‘blockchain’, the technology underpinning Bitcoin.
News Image 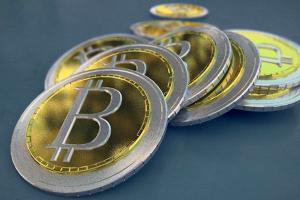 The CSIRO's Data61 group is to undertake a review into the potential and implications for both government and industry of the adoption of ‘blockchain’, the technology underpinning Bitcoin.

Blockchain technology, which uses powerful algorithms, allows multiple, independent parties to share digital information or transact with one another, using distributed or shared ledgers. Such environments are typically not ‘owned’ or dominated by any one user, but still allow all parties to have confidence in the integrity of the shared content.

While the technology is yet to occur even in the financial services sector, Data61 believes its widespread deployment in the future, across multiple sectors, is distinctly possible and could deliver significant productivity gains across the economy.

Data61 will explore the potential benefits or productivity gains for the Australian economy; the skills Australia might require to become a global leader as blockchain technology becomes more prevalent; as well as potential legislative and regulatory implications such as privacy consideration. It will look to provide practical use cases where blockchain technology could be piloted in government services and the private sector.

Stefan Hajkowicz from the Data61 Foresighting Team said a number of potential ‘proof of concept’ projects will be evaluated in conjunction with industry experts and across government.

“There are currently a few potential areas where we could explore opportunities – such as sharable registry information, verifiable supply chains and assessment of aggregate risk exposure in the financial services sector,” he said.

Hajkowicz said deployment of such technology could be most promising in government delivery applications.

"Blockchain is certainly an example of a technology that has the potential to disrupt or change the way not only financial services transactions are carried out, but also those across virtually any other sector, including government,” he said.

Budget promises need to be part of bigger plan