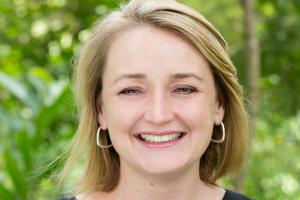 Gender diversity in engineering is possible, says a leading engineer, provided industry leaders commit to it.

"About 20 years ago, when I first started in the industry I was told that talent and hard work would probably drive gender balance by the time I was in my forties, however that has not happened and the numbers of women in the industry have not changed substantially," says Eva Wood, Director of Operations - Transport (Northern) at Jacobs.

“To make this change, there has to be decisive actions taken by middle and senior management all the way from the top of organisations. Clear messaging from leaders that gender diversity across the organisation is defined as success for that organisation.  Creating an inclusive work environment to enable everyone in our teams to work to their full potential is the culture we must create.  This is how we lead our teams and organisations to establish greater industry presence and generate business success. "

Wood says she is quite passionate about women in technical leadership positions, because the technical experts of the industry are the true influencers in project and industry outcomes.

"One of the things we've spent quite a lot of time on recently is focusing on succession planning for all those technical streams, putting in place an open conversation during end performance reviews," she says.

"We’d love to see you be a team leader or a technical director, or would you like to do some further study. How can we support you in seeing that career path? You’ve always got to look at the prize."

She says a lot of women come into engineering, specialise quite quickly, and then either leave, or stagnate a little bit. It's here where they sometimes need to be encouraged to diversify their skill set or grow their technical expertise.

"Make sure that when you put together teams that you don’t always consider the same people that are always in those roles," she says.

"If there's a need for someone with a certain client relationship, can we partner them and have a 2IC so that they help grow that client relationship as well. They get exposed to that work so that they can then take on those roles in the future. We very quickly fall into the trap of going to the top five men who are always put into those roles. They’re perceived as the client facing expert while there’s someone else beavering away in the background doing all the tasks. How do we then grow that person who’s doing a lot of the technical work, and start to develop their brand, so that they can then take on those leadership roles?"

Wood says there also needs to be more recognition that people have lives and responsibilities outside the workforce as well, and while they may not be able to pursue an opportunity at one point in their career, it doesn't mean they're not interested in ever pursuing that path.

"I think that's really critical from an industry perspective to recognise that people’s circumstances change year on year," she says.

"We need to give them the flexibility to look after children or elderly parents or undertake more study. And recognise that the time needed for that varies and so therefore other things may not be such a challenge as elsewhere in their professional careers. We need to constantly have that conversation."

And to do this, middle management needs to be on-board as well.

Often where it falls over is where the person who manages the team doesn’t know where to start that conversation, and that's both men and women," says Wood.

"So that training about how to approach that conversation and how to set a career plan together is really important."

Engineers Australia will be hosting three International Women's Day events this year: in Melbourne on 7 March; in Brisbane on 8 March; and in Sydney on 9 March. The guest speaker will be Naomi Simson, founder of RedBalloon and judge/investor on Shark Tank. More details at http://www.engineersaustraliaiwd.com.au/