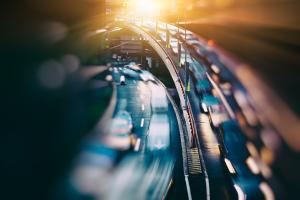 When Infrastructure Australia recently released its long-awaited audit of Australia’s infrastructure it highlighted more than 160 challenges and opportunities for industries and government.

The audit closely examined how infrastructure needs have transformed in the last five years since the last audit in 2015 and how some problems haven’t been addressed at all.

The audit found that cost of living pressures, road congestion, access to high-speed and reliable internet have become the major concerns for existing and future infrastructure development.

Engineers Australia’s Public Affairs team prepared a response to the audit and in the report highlight more opportunities for Infrastructure Australia to consider.

The response also calls for a clear plan on how to manage existing assets – particularly around maintenance.

“We broadly support the challenges and opportunities that have been identified in the audit,” Sybilla says.

“However, the audit could be more prescriptive and there is an issue in terms of management and maintenance of existing infrastructure stock.”

“New wave of reform and investment is necessary to ensure quality of life and economic productivity are enhanced over the next 15 years,” the audit states.

The audit goes on to mention that this investment is needed to keep up with Australia’s rapid population growth which is likely to reach 31.4 million by 2034.

While many roadblocks were identified around the issue of maintenance in the audit, there were very few solutions.

“A lot of countries have already developed maintenance strategies in order to identify a hierarchy of major assets and ensure they are maintained to operate throughout intended life cycles, and how innovative technologies can be applied to maximum benefit.”

The proposed strategy looks at road and rail networks, water systems, power generation and distribution systems, and telecommunications networks to ensure they are properly maintained to avoid premature decommissioning.

The strategy will also consider whether infrastructure assets should be demolished, refurbished or recycled to make the most out of the investment and use of public funds.

While this solution can attempt to fix some of the emerging issues found in the audit, there are pressures that continue to put stress on Australia’s infrastructure.

As the audit points out, population growth is a key pressure and a “major point of contention in infrastructure debates”. Australia’s population is rapidly-growing by international comparisons at 1.8 per cent per annum compared to the global average of just over 1.5 per cent.

This is being felt the most in major cities where congestion on roads and crowding on public transport has worsened. The costs of road congestion will grow from $18.9 billion in 2016 to $38.8 billion in 2031.

Other challenges for Australians included rising energy prices by more than 30 per cent in the past decade, limited access to high-speed internet, unreliable mobile coverage and even limited access to clean drinking water and sanitation for some.

The audit found that since 2015 more than $123 billion of work has commenced, with a committed forward pipeline of more than $200 billion.

Independent statistical analysis by Engineers Australia’s Public Affairs team shows that despite commitments from governments, engineering construction on infrastructure has trended downwards for both public and private sectors in recent times and hasn’t changed much in the past 11 years.

While private engineering construction on infrastructure has increased in recent years, it remains below its peak. For the public sector, annual construction fell to a low of $31 billion in 2018-19 after a peak of $34 billion in 2017-18.

Infrastructure Australia will review Engineers Australia’s suggestions, along with others, that will eventually feed into its plan to help correct a number of concerning trends.

Sybilla says she’ll continue to work with Engineer Australia’s internal advisory panels to make sure engineers’ voices are continued to be heard.

“Having relevant technical experts can save you a lot of money, and you can avoid the pain, drama and distraction.”