The Internet of Things is a critical enabling technology for ‘smart cities’, with significant implications for jobs, urban services and resource consumption.
News Image 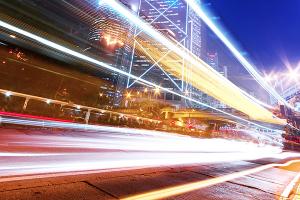 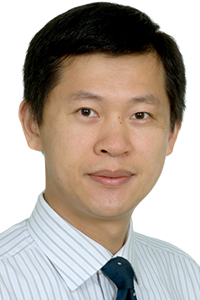 Prof Wei Xiang is the Foundation Professor and Head of Discipline of IoT Engineering at James Cook University (JCU). Under his leadership, Australia’s first IoT Engineering degree program was successfully established at JCU’s Cairns campus in 2016.

Cities are the economic engines of countries around the globe, generating more than 80% of global GDP, while consuming two-thirds of the world’s energy and producing 70% of total CO2 emissions. As such, smart city technologies will have a critical role to play in tackling cities’ growing challenges and helping them compete more effectively in a digital global economy. The Internet of Things (IoT) technology is proving to be a critical enabling technology for managing a city’s assets, enhancing quality of urban services and reducing resource consumption.

The global interest in smart cities has reached a new high, alongside the advent of new ICT technologies, such as IoT and big data. In my view, IoT is a data driven technology, which consists of three major functional layers, these being data collection via various physical sensors; data communications via low-power wide-area (LPWA) IoT technology; and, data processing via big data analytics. This makes IoT a critical enabling technology for collecting and processing massive amounts of data for cities, which aims at turning data into insights so as to provide critical decision-making information.

The importance of IoT technology and its potential future impacts need to be understood. It is forecasted that 40% of conventional jobs will disappear due to automation and computerisation in the next 10 to 15 years.

Cities stand to benefit the most from connecting people, data and things. Despite the constant evolution of the definition of ‘smart city’, the core has never changed. That is, being ‘smart’ means utilising cutting-edge ICT technology to address urban challenges.

Traditional sensor communications techniques such as ZigBee and Wi-Fi are being phased out, which is attributed to short transmission distances and significant power consumption. New low-power wide-area (LPWA) IoT communications technology is much better in respect of distance and power. There have been a number of competing LPWA techniques, such as Narrowband (NB)-IoT, LoRaWAN, SigFox, etc. It is our belief that NB-IoT technology will prevail in smart cities scenarios. For one thing, NB-IoT is a 3GPP endorsed international standard that was specifically designed for long-range and low-energy sensor communications. For another, NB-IoT enables telcos to reuse existing 4G LTE infrastructure without having to re-build a vast new network of IoT base stations or gateways. Other features such as minimal interference due to the use of licensed spectrum, enhanced security and extra coverage gains, among others, also make NB-IoT stand out from its competitors such as LoRaWAN.

As NB-IoT technology will soon be a prevalent IoT technology, particularly in city areas, a significant partnership between JCU and Huawei was launched in February. Huawei donated Australia’s first NB-IoT laboratory to JCU. Since the opening of the JCU-Huawei NB-IoT Laboratory, we have been very busy conducting several trial projects in relation to smart cities, such as smart water metering, smart waste bins and smart healthcare kits. The joint NB-IoT Laboratory has also attracted much interest from potential industry partners and local governments, including a recent visit by the Singaporean High Commissioner.

Given that the Federal Government recently announced a significant funding program to assist in the development of smart cities and suburbs in Australia, now is the perfect time for local city councils across the country to start contemplating their own smart city agenda. We welcome any potential collaborators and partners to reach out to us in terms of assistance in developing various NB-IoT based smart-city applications.

Prof Wei Xiang FIEAust will be speaking about the ‘Internet of Things’ at the Southern Regional Forum, which will explore ‘Developing smart cities in South East Queensland’. Engineers and consultants from all sectors, such as land development, planning, government, technology and transport will be attending the forum. The forum will be held on the Sunshine Coast on Thursday 11 May, with optional site tours held on Friday 12 May.