LATEST UPDATE | A lot of noise, so what was achieved?

When it comes to efforts to introduce statutory registration for engineers, there has been a lot of activity in 2019, especially in NSW and Victoria.
News Image 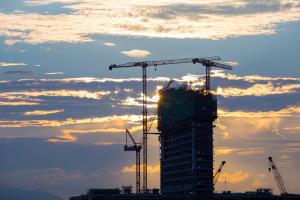 When it comes to efforts to introduce statutory registration for engineers, there has been a lot of activity in 2019, especially in NSW and Victoria.

And for all the activity, what was achieved?

In January, in Victoria, a bill for registration was in Parliament but it faced vigorous objections from the opposition and an uncertain future from the Upper House cross-bench who held the balance of power.

In NSW, a general election loomed, and it was anyone’s guess as to what might happen. Laws to register engineers were not even in the public debate.

Across the nation, other states and territories had a very general commitment to address the recommendations of the Shergold & Weir report (which includes a recommendation to register engineers in the building sector) but there was no real action and no plan for starting any.

The policy objectives that Engineers Australia sought to achieve were (and remain):

What a difference a year can make!

NSW has not one, but two bills before Parliament that would require engineers to be registered to practice.

The ACT Chief Minister has put a timeframe around his commitment to introduce a registration scheme.

Other states, especially WA, are finally getting serious about registration requirements within the building sector.

The journey and current state-of-play

In Victoria, by the time that the Professional Engineers Registration Bill was introduced to Parliament in May 2019, the Opposition’s resolve to reject it had hardened. As such, the support of the Upper House cross bench was essential.

Engineers Australia worked relentlessly to make the case for registration with all parties. Eventually, the policy prevailed, and the Bill passed in August.

The next step is to develop the regulations that provide the fine detail for how the laws will operate. That is managed by Consumer Affairs Victoria (CAV) and information about its processes, timelines and opportunities to engage is available on the Victorian government website, https://engage.vic.gov.au/engineers-registration.

Engineers Australia will work closely with CAV and will be seeking member views to inform its advice to government. Specific opportunities and dates within that process should start to become clearer by early 2020.

Together, we will make the Victorian registration scheme as robust and efficient as possible.

For NSW, the situation is more complex. In March 2019, the NSW Labor Opposition went to the election with a commitment to introduce laws to require engineers to be registered to practice in any sector. The Coalition Government went to the polls with a narrower scope commitment to implement the Shergold and Weir report recommendations, including to register engineers in the building sector.

The Coalition was returned to office and in June released a discussion paper to begin giving effect to its commitments. It became apparent that the scope of its proposal was very narrow indeed, and an Engineers Australia advocacy campaign was created to drive improvements in the reforms.

By the time the Government introduced its Bill to Parliament in October, the provisions for registration of engineers were better. If passed, the new rules will eventually apply to most engineering services in the building sector.

This last point presents a risk because past efforts to regulate engineering practice in NSW, in the fields of certification and fire safety engineering, have been far from adequate. Engineers Australia is concerned that if the development of a registration scheme is left entirely to regulations, the community will be left with a weak and unworkable regulatory framework.

An option proposed by the Opposition

This is why the Private Members Bill that was introduced by the NSW Labor Opposition in October, the Professional Engineers Registration Bill 2019, is the right tool for registration of engineers. It will deliver a good policy outcome.

This Private Members Bill is based on the best aspects of the QLD and Victorian laws. It was drafted in consultation with Engineers Australia and others and, if passed, will do several key things:

Amendments proposed for the Government Bill

In recognition that the Private Members Bill was unlikely to secure the essential support of the Government, the Opposition re-crafted it as an amendment to the Government’s own Design and Building Practitioners Bill and sought to debate this change in the Upper House.

The best outcome is if the Professional Engineers Registration Bill can pass in its own right, but achieving the policy outcome via an amendment to the Government Bill is a workable alternative. The minor parties who hold the balance of power in the NSW Upper House agreed.

Unfortunately, the Government was not prepared to debate the policy. Instead, on 20 November, the news was filled with dramatic headlines that the Bill had been pulled due to ‘hijacking.’

As reported by The Daily Telegraph, Engineers Australia notes that rather than being a hijack scenario, what Labor proposed is a simple and well-tested mechanism for delivering the Government’s own stated objective of requiring engineers to be registered, and extending the benefits to all industries.

Next steps in NSW

Something that went unreported is that, on 21 November, the Government had the chance to kill off the Professional Engineers Registration Bill, but didn’t.

Instead, the Bill was referred to the Legislative Assembly Committee on Environment and Planning for inquiry and report. We expect the committee to call for public submissions. It appears, therefore, that the Government is keeping one eye on the Private Members Bill as a way forward.

In 2020, if both the Professional Engineers Registration Bill and the Design and Building Practitioners Bill are passed as a package, that is the best policy outcome for engineering practice.

The state of play in other jurisdictions

The role of engineers and members of Engineers Australia

For members of Engineers Australia, there will be more opportunities to engage in this work on registration. For example, we will hold more consultation events in the jurisdictions where the issue is most active.

Members should keep an eye on their division newsletters for updates on when the next stakeholder session is being organised.

Similarly, there may be times when Engineers Australia puts the call out to members to provide active support to campaigns and government consultation processes.