In this article, we hear from a number of Engineers Australia members in the UK and how they have been professionally and personally affected by the ongoing pandemic.
News Image 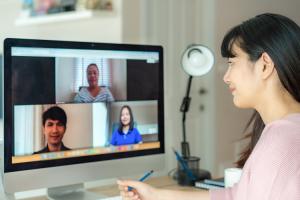 The ongoing global COVID-19 pandemic is no doubt having an effect on Engineers Australia members all across the world. Whilst at the time of writing, Australia has managed to keep the number of confirmed cases to below 10,000, the United Kingdom has seen cases total over 230,000, third in the world behind the United States and Russia.  In this Chapter Chat, we hear from a number of Engineers Australia members in the UK and how they have been professionally and personally affected by this pandemic.

In the weeks before Boris Johnson’s lockdown announcement on the 23rd March, there were plenty of rumours brewing within the country and in my company that the lockdown was on the verge of happening. My partner’s company had already taken steps to advise staff to work from home full-time, though I was still travelling domestically for work.

Things really hit home for me on the 16th when I was informed that a colleague of mine who I had a long meeting with the Thursday before, was sick at home and in self-isolation after developing COVID-19 symptoms.  As soon as I was informed, I immediately went into self-isolation myself.  As testing was not readily available, it is still a mystery as to whether any of us had been infected.  Luckily for both of us and our colleagues, nothing has serious has happened since this scare during the last two months of lockdown.

Work wise, our major customers in the UK have been very much affected, for example,Transport for London has seen a significant drop in ridership and thus operational revenue, which has impacted a number of live projects and is likely to affect investments in upgrades and renewals.  As a positive however, temporary changes to public procurement policy as a result of the pandemic has allowed government customers to ‘fast track’ trials of new technologies to improve ways of working and to help minimise the impact of social distancing measures on frontline workers.  This has been a real boost to my role in Innovation in helping overcome barriers to simply ‘trying’ new things and escaping the world of analysis paralysis.

On another positive note, my company has been fortuitously well-placed to rapidly transition to remote working, after having implemented widespread ‘Smart Working’ policies and supporting IT infrastructure since 2018 so my work has been largely uninterrupted.  Luckily, the UK’s fiber broadband network has stood up test!

Contrary to popular (Australian) belief, it doesn’t always rain in the UK and the weather in London throughout lockdown has actually been overwhelming sunny (sunny, but not necessarily warm!).  Combined with the increasing availability of daylight as we trend towards Northern Hemisphere summer, I’ve been able to take advantage of my proximity to the nearly large forested area called Hampstead Heath for the morning run – working from home has definitely improved my work-life balance and consistency of exercise!

So whilst I can’t deny how tragic the numbers are in both infections and deaths, things are ticking along in the UK, and I just hope the country can maintain its composure as we work collectively to minimise the impact of the virus.

I have been site based since November 2019, working on the A12 Chelmsford to A120 Widening Scheme as the Designer’s Site Representative, leading the ground investigations and survey work package for the Preliminary Phase designs.  When the news of COVID-19 spreading in Wuhan first broke out around mid to late January 2020, I was remember being on site with other engineers and operatives, looking at photo of people in China, coming up with innovative ways to cover their faces using household materials. Little did I know how serious, deadly and contagious this virus was, which eventually developed into a pandemic. As the days passed, the news of the virus began to explode in the UK media and a lot of focus was put on the numbers of infections/deaths.

It wasn’t until Mid-March 2020 that the numbers reached a critical point where it began growing and spreading rapidly. This caused a lot of concern and angst with everyone on site, so we raised our concerns with our Senior Managers, Client and Principal Contractor and began preparing ourselves and introducing new processes to ensure the safety of all on site. We immediately implemented revised travel strategies for our team, limiting use of public transport and booking accommodation with food options to ensure all were safe and well. The project then had Safety Stand down, to allow for Senior Managers, Principal Contractor and Client to convene and agree on the way forward.

Some work where operatives were sufficiently spaced apart were able to continue, while others had to stop due to operatives not being able to work 2m apart. Many were sent home to work from home or placed on furlough, but majority of the engineers/operatives were brought back out a couple of weeks later once the Risk Assessment Method Statements were revised and new processes implemented. Our Client was very keen to keep the project moving forward during these challenging times and all site staff were issued Key Worker letters to allow everyone to continue the work and show police if requested.

As the UK Government made the announcements of lockdown being implemented, this became much more difficult due to hotels chains and restaurants closing. I recall being the last person staying at the hotel and was asked to leave as the hotel chain decided not to take on Key Workers. I had to frantically search for self-catered accommodation options from ‘Air BnB’, something our company had previously restricted but relaxed due to the pandemic. Getting food from the supermarket was a nightmare as the public began hoarding whatever they could find in the supermarkets and I had to make do with whatever was available.

On site, the Principal Contractor implemented various process and measures to adhere to social distancing requirements. Drilling rigs were fitted with additional Perspex screens, operatives wore face shields, site compound and vehicles were regularly cleaned and additional cabins were ordered to ensure staff were spaced 2m apart. The signing in/out and prestart briefings were conducted in smaller groups at staggered times and some others were done online. Client meetings and ‘virtual’ site tours were conducted on Microsoft Teams from mobile phones to allow all teams to see progress and activities on site. Sourcing additional PPE such as FPP2 face masks, disposable gloves, antibacterial wet wipes and hand sanitisers were a nightmare, with many suppliers out of stock or others price gouging! In the end, we were able to get all the kit we needed and supply our teams with the necessary PPE.

Although this pandemic has been quite a challenging time for many, there have been many positives that have come out. I have learnt how to quickly adapt to difficult situations and learnt to utilise technology to substitute other day to day procedures that are not normally done virtually. I have been lucky enough to enjoy the sunshine on site during this period of lockdown and have even been able to hear the birds chirp!