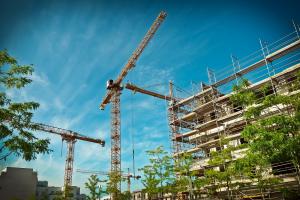 “On behalf of the Engineering profession, Engineers Australia is pleased that the Government has committed to extend its reforms, including registration of engineers, to buildings other than apartments.

“During consultation on the development of the bill, Engineers Australia voiced concerns about the narrow scope of the reforms and it is positive the Government listened and acted on these concerns.

“Engineering services delivered in the development of hospitals, schools and offices, among other buildings, should be of the highest standards so Parliament should nonetheless consider enshrining this intention in the bill as well.

“Engineers Australia also welcomes the Government’s commitment to considering a wider range of design elements, including hydraulic, electrical and mechanical systems, in the new regime.

“Engineers Australia is keen for the regulations to the legislation to include a very wide definition of ‘building element’ to ensure that any design under the Building Code of Australia requires sign-off by a registered engineer.

“More broadly, Engineers Australia continues to recommend that the Government commit to introduce a separate professional engineers registration bill in 2020, so that all engineers in NSW will finally have to be registered to practice.

“As a minimum, all areas of practice listed in the Shergold-Weir report – civil, structural, hydraulic, mechanical, geotechnical, fire safety and fire protection system – should be subject to compulsory registration.

“Members of Engineers Australia overwhelmingly support compulsory registration of all engineers. This was the strong message communicated at a meeting of our members in Newcastle on Tuesday night which was attended by more than 50 engineers in person and more than 300 engineers by teleconference.”