The NSW Government should make a definitive commitment to introduce compulsory registration of all engineers when it introduces building reform legislation to Parliament next week.
News Image 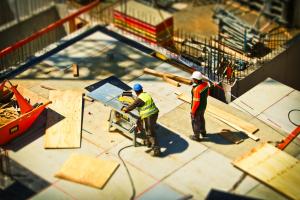 The NSW Government should make a definitive commitment to introduce compulsory registration of all engineers when it introduces building reform legislation to Parliament next week.

This is the principal recommendation in Engineers Australia’s formal response to the draft “Design and Practitioners Bill 2019”, which has just been submitted to the Government.

“It is unacceptable that, at present, virtually anyone in NSW can call themselves an engineer, even if they have no experience, no education, no credentials and no commitment to maintain competency.

“Engineers Australia calls on the Government, as part of its legislative package, to also introduce a Professional Engineers Registration bill to ensure that community safety and consumer protection is restored.

“If it cannot be introduced in 2019, it is strongly recommended that the Government makes a formal commitment, to Parliament, to do so in 2020.”

Other points in Engineers Australia’s formal response include:

• The proposed reforms should cover all buildings (such as schools, hospitals and offices) and not just apartment buildings;
• There are several aspects of apartment buildings that engineers work on which will not be covered by the proposed reforms, such as vertical transportation (lifts), electrical systems, communications, heating/ventilation/air-conditioning and geotechnics – and this is a concern;
• The cost of setting up a scheme for compulsory registration of engineers would equate to less than the cost of seven average Sydney homes; and
• More elements of the reforms should be defined in legislation, instead of regulation.

The submission highlighted numerous tunnelling failures in Sydney, including the Lane Cove highway tunnel collapse and fatalities, as a prime example of engineering failure which hasn’t happened in the building sector.