On Friday 27 September, Engineers Australia—along with a wide range of industry stakeholders—saw the detail of the NSW Government’s proposed reform for the state’s building sector.
News Image 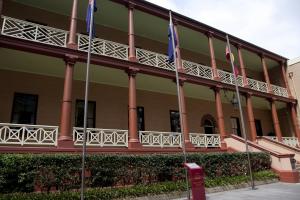 On Friday 27 September, Engineers Australia—along with a wide range of industry stakeholders—saw the detail of the NSW Government’s proposed reform for the state’s building sector.

It was expected that the government would make good on commitments to implement the first recommendations in both the Shergold-Weir report and the Opal Tower report that there must be compulsory registration of engineers in NSW.

The new rules, set to go to Parliament this year, do not meet these commitments and will not deliver the comprehensive registration scheme that the engineering profession and the general public is expecting.

The NSW Government’s proposed plan only applies registration to an engineer who performs a ‘compliance declaration’ for a Class 2 apartment building. It will not improve professional standards for any other part of the building sector like office towers, nursing homes or hospitals. It is also a missed opportunity to extend engineer registration laws to other critical sectors like infrastructure.

The Government has a myopic view of the problem. The proposed reforms would suggest that residential apartments are the only problem. Unfortunately, recent history throws up plenty of high-profile examples where statutory controls of professional engineering practices would have prevented loss of life, injury and cost.

The process has been rushed, the plan does not address the deeper issues and will result in the current problems being passed on to other parts of the building industry.

There is also the risk there will be limited benefits for community safety and consumer protection, despite the major problems at sites such as Mascot Towers and Opal Tower.

Engineers Australia’s position is that we support NSW introducing legislation which is the same, or similar, to laws in Queensland. There, comprehensive registration of engineers is in place, under a model which has proven to be highly successful in maintaining professional standards for engineers and public confidence in the building sector, as well as engineers more broadly.

The public agrees. In a recent national poll that asked if engineers should be registered 88% said ‘yes’. In NSW, this rose to 91%.

It is unacceptable that virtually anyone in NSW will still be able to call themselves an engineer even if they have no relevant education or experience, and no commitment to maintain competency. This contrasts with other professionals like architects, doctors and lawyers, who all must be registered before legally providing services.

Without regulation of professional engineers, public confidence will remain broken, leaving innocent people and the economy as victims.