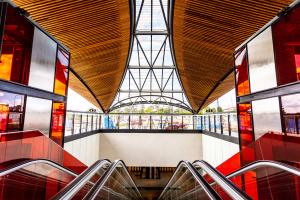 The state-of-the-art metro line, with its fully automated trains and improved safety features, enhances the capacity of people to commute between different areas of the city, interconnects local communities, and provides development opportunities for new employment hubs.

“These Australian Engineering Excellence Award winners showcase the outstanding achievement in engineering and the invaluable contribution engineering makes to the economy, community and the environment,” Mr Ewing said.

“Northwest Sydney Metro has revolutionised the public transport system in Sydney and represents a benchmark for quality of infrastructure. It is a striking addition to Sydney city and is a worthy nominee for the national award.”