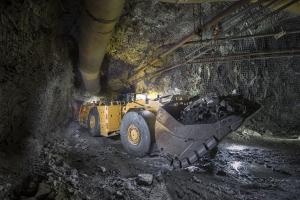 Underground mining is inherently dangerous. The new MineStar Command for underground with Autodig, now available on Caterpillar's underground loaders, is an advanced remote, semi-autonomous and fully autonomous mining system that allows operators of various skill levels to safely mine ore from the safety and comfort of a remote operator station.

This system is a key enabler to the diversification of the underground mining industry by creating the opportunity for pregnant employees and employees with disabilities to actively participate in mining, regardless of physical or medical restrictions.

“The Australian Engineering Excellence Award winners showcase the outstanding achievement in engineering and the invaluable contribution engineering makes to the economy, community and the environment,” Mr Beattie said.

“The Caterpillar MineStar Command Caterpillar or Underground is shining example of how human-centred engineering is providing people with disabilities greater access to employment opportunities,”  he said.

The Sir William Hudson Award, National Engineer of the Year Awards, and a multitude of other awards will be announced at Engineers Australia’s Pinnacle Awards ceremony, taking place on Monday 9 November 2020.