A 1.2 square km area of Melbourne will be fitted with thousands of sensors to create a connected transport living lab as part of an ambitious project that will hopefully prevent traffic jams and crashes, and cut travel times and carbon emissions.
News Image 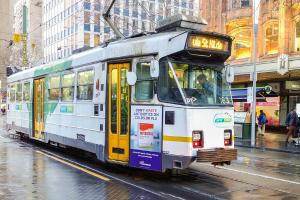 A 1.2 square km area of Melbourne will be fitted with thousands of sensors to create a connected transport living lab as part of an ambitious project that will hopefully prevent traffic jams and crashes, and cut travel times and carbon emissions.

The project, being led by the University of Melbourne School of Engineering, involves 17 private and public sector project partners.

The Dean of the Melbourne School of Engineering, Professor Iven Mareels, said this would pave the way for connected and autonomous vehicles.

“The whole world is talking about driverless vehicles and climate change, energy conservation and reducing pollution,” he said.

“These are issues faced not just by Melbourne as it seeks to retain the quality of life that has made it the world’s most liveable city for many years, but by thousands of cities around the world that desperately need to accommodate expanding populations, economic activity and community expectations.”

The test area covers parts of Carlton, Fitzroy and Collingwood, including 7km of roadways, and is bounded by Alexandra Parade to the north, Victoria Street to the south, Hoddle Street to the East and Lygon Street to the west.

“The research tells us that connected transport could in time reduce the economic impact of road crashes by 90 percent, not to mention the devastating human impact.”

Victorian Minister for Roads and Roads Safety Luke Donnellan said he was looking forward to working closely with the University of Melbourne to ensure Victoria can reap the maximum benefits from this world first project.

“We’re embracing advances in technology to ensure Victoria can create the highly-integrated, smart transport network our state can thrive on,” Donnellan said.

“We want to provide Victorians with the most efficient, safest transport system possible.”

"Congestion and average speeds on Hoddle Street have been getting steadily worse on weekends and weekdays, a 2016 study of HERE sensor data by analysts Houston Kemp found. It also found VicRoads traffic management plans for major events like the AFL Grand Final Day were proving highly successful, highlighting the impact innovative approaches to multi-modal transport can have on the traffic commuters face on a daily basis.”