Melbourne's engineering dynamo of the 1880s

In the late 19th century, a Melbourne engineer grew to prominence but then faded into obscurity following less than a decade of professional notoriety.
News Image 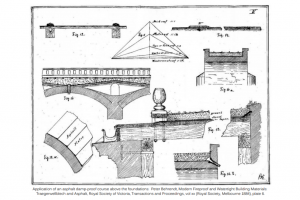 In the late 19th century, a Melbourne engineer grew to prominence but then faded into obscurity following less than a decade of professional notoriety.

What is known about German-born Peter Behrendt is that he was first heard of in 1882 and claimed to have a BA from the University of Kœnigsberg, Baufuhrer Polytechnic in Berlin. It is presumed he had some type of building qualification prior to arriving in Melbourne.

It was not unusual to find Germans in Melbourne and Sydney in the late 19th century. Historic records show Behrendt was part of the engineering company Seitz & Behrendt whose address was 16 Market Buildings, Flinders Lane in 1882. That same year he entered a competition to design the Falls Bridge over the Yarra River in 1882, but did not win. However, Behrendt openly criticised all the other entries to which a number of these responded as he replied in kind. It appeared the German self-styled engineer succeeded in alienating a good portion of the engineering community shortly after his arrival in Melbourne.

By 1883-4 Behrendt was naturalised as a British citizen; Australia being two decades away from becoming a nation. He had wide ranging aspirations and in 1883, he put himself forward as a candidate to design new market buildings for the City Council, but was unsuccessful. Behrendt also delivered a technical paper to the Royal Society of Victoria about Traegerwellblech iron and waterproofing materials manufactured by Büsscher & Hoffmann of Berlin.

1884 was a big year for Behrendt as he exhibited a new type of telemeter that was a surveying instrument imported from Germany which measured up to 1000 yards. He showed this to the Royal Society and to the Institute of Surveyors. He also delivered papers to the Royal Society of Victoria on 'Description and Estimate of an Electric Railway for Melbourne' and 'A New System of Second and Third Class Railways'.

In the same year, Behrendt donated two angle steel rails and double flanged truck wheels to the Bendigo School of Mines, which was basically a light rail system. Still in 1884, he was listed as an engineer and a director in the newly floated Haughton Park Brick Company. He presented a paper on 'Keramics' and published an article in the Victorian Review calling for a new type of brick architecture. That year Behrendt was also a partner in the short-lived architectural firm of Cutler & Behrendt.

Over the next four years he referred to himself intermittently as an architect and in 1888 was nominated for associateship of the Victorian Institute of Architects, but it is unclear if he was successful. In 1889 Behrendt read a paper to the Architectural & Engineering Association on 'Architectural Styles'. He also addressed the Victorian Engineers' Association on the topic of 'Sanitation and Drainage of Large Cities'. By this time, Behrendt was also connected with the Melbourne engineering firm of Palmer, Scott & Co. which was an agent for Traegerwellblech.

But by 1890 Behrendt's professional prevalence starts to fade from the records. Want to know what happened to this engineering dynamo?

You can read the full story in Engineers Heritage Australia Magazine which is free to read. Editions from 2013 to 2020 of this digital magazine are available to read on EA's website or you may choose to register at [email protected] for a free email subscription to future issues.