Nanotech batteries get ready for manufacturing

Queensland battery technology company Nano-Nouvelle says it has successfully demonstrated the nanotechnology underpinning its batteries can be produced on an industrial scale.
News Image 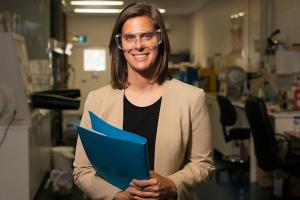 Queensland battery technology company Nano-Nouvelle says it has successfully demonstrated the nanotechnology underpinning its batteries can be produced on an industrial scale.

The company has completed its first roll-to-roll production trial in the UK which saw manufacturing company Cemco successfully run a roll of raw membrane through a chemical plating process to produce a roll of copper-plated Lumafoil.

Copper Lumafoil is a three-dimensional porous material developed by Nano-Nouvelle to replace solid metal foil current collectors, which conduct stored electricity to an outside circuit. Its weight is around 30 per cent that of existing current collectors used in lithium ion batteries.

“This is the first time we have proved that our technology can be made in a mass production process. We can now produce rolls of the material for larger batteries to be used in customer field trials," she said.

“Demonstrating that our nanostructure can be produced on a commercially viable production line gives us a route to full-scale production that other forms of nanotechnology can only dream of.”

Moroz believes they are the first to demonstrate roll-to-roll processing of 3D materials and says they are getting a lot of interest from Asian battery manufacturers.

“Our next step, in the new year, is to conduct more trials with customers to show this success can be replicated in the next stages of battery assembly,” she said.