Our campaign for chief engineers

A chief engineer can provide impartial advice across a range of areas, foster collaboration and innovation and champion engineering excellence.
News Image 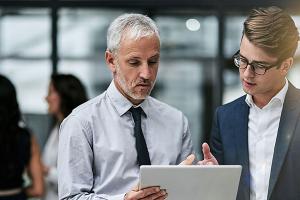 Engineers Australia advocates for the creation of chief engineer roles in all state, territory and national governments.

Our vision is of a high-level public servant, working across the whole of Government to advise on technical considerations and reduce the risk of service, project or policy failure.

For maximum benefit, the role should not be restricted to infrastructure, but advise across broader issues including STEM, workforce capacity, resilience and technical responses to current and potential threats, energy policy and more.

Our campaign for chief engineers is starting to bear fruit.

Earlier this year, the Australian Capital Territory appointed its first Chief Engineer, the culmination of a long campaign led by Engineers Australia with the support of Consult Australia and Professionals Australia.

Engineers Australia ACT manager Keely Quinn was quoted in The Canberra Times welcoming the appointment of senior public servant George Tomlins to the role on an interim basis.

“We are glad to see there’s movement on this. George has a long history with the ACT and broad experience within government,” she said.

Although a good fit for the acting role, the ACT needed to look outside government when filling the position permanently, Ms Quinn said.

“Long-term, we would like to see someone with stronger industry background. The best candidate might not come from the ACT,” she said.

Victoria also now has a Chief Engineer, while New South Wales has a Chief Scientist & Engineer.

Federally we do not yet have a Chief Engineer, however the current Chief Scientist Dr Alan Finkel is an engineer.

We continue to advocate for chief engineers, and for engineers in leadership more broadly.