As Victoria makes the move towards a registration scheme for engineers, we examine how the system works in Queensland, its history and how engineers are benefiting.
News Image 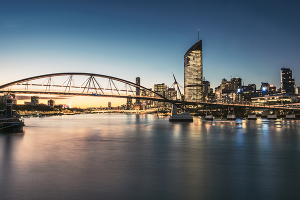 With no title protection for the word ‘engineer’, the profession has been looking for ways to hold individuals to professional practices and standards for a number of years.

Compulsory registration puts an onus on the individual to be at a certain professional standard with Queensland having had the policy in place for more than 90 years.

In 2014, the state government passed key amendments to the act which introduced the need for anyone “carrying out professional engineering services outside of Queensland, for projects based in Queensland” to also be registered, making the act cross-jurisdictional.

While governments have made amendments over the years, the objectives of the Professional Engineers Act have remained the same:

As a statutory authority, BPEQ works closely with the government of the day to regulate the profession. This involves investigating and taking disciplinary action against engineers who are in “breach of the PE Act or who demonstrate unsatisfactory professional conduct or service”.

Dawson Wilkie, FIE Aust, CPEng, EngExec, has been chairman of BPEQ since January 2015, and Mr Wilkie says registration has had many positive effects on the industry in Queensland.

“I think there’s probably a couple of key areas there,” Mr Wilkie said.

“One is the badge or qualification as an RPEQ as a marketing and promotional tool for engineers to say we are of a relevant standard and we stand by our professionalism.”

“For organisations, it’s certainly a selling point to say ‘we have so many registered professional engineers’. It raises that level of professionalism within engineering and also into the wider community.”

A professional engineer for over 35 years, the registration system and qualification has been extremely beneficial for Mr Wilkie and many other individual engineers.

“It says I am a registered professional engineer,” Mr Wilkie said.

“I have the relevant expertise and qualifications and I have kept them up through continual professional development. There is a level of confidence for whoever comes to me that they will get a valued professional and an appropriate service.

“It’s certainly an advantage for the individual.”

Registration management in Queensland does not fall entirely on the shoulders of BPEQ, with the state government responsible for upholding and enforcing the PE Act.

Anyone caught practising as an engineer whilst unregistered in the state of Queensland is liable for a fine of up to $200,000 and can be suspended for a lengthy amount of time.

The benefits of having government backing behind registration are enormous, according to Mr Wilkie.

“The co-regulatory agreement with the government is the important thing,” Mr Wilkie said.

“Engineers Australia has a national register and a chartered professional register which is all very good, but none of those have got the teeth to stop people from doing the wrong thing and protect the industry.

“The Government has got the ability to suspend people, fine people and they have a tighter control to stop them from doing the wrong thing.”

The clear benefits of compulsory registration shine through when you look at the industry in Queensland, which has promoted many other Australian states and territories to follow suit including WA and the ACT.