Real gender diversity begins with you

Having the conviction to challenge your unconscious bias is a critical starting point in embedding real and sustained gender diversity.
News Image 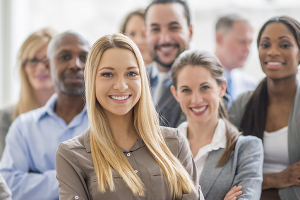 Having the conviction to challenge your conscious and unconscious bias is a critical starting point in embedding real and sustained gender diversity, according to GHD’s Rob Lowther FIEAust CPEng EngExec NER APEC Engineer.

Leading up to an address to mark International Women’s Day, Rob highlights the important benefits of diversity, including how people who represent different backgrounds, skills and experiences contribute to better decision making.

“Diverse organisations are not only better places to work and higher performing, they genuinely help to contribute to a richer social fabric as well,” he says.

As Head of GHD’s Tasmanian operations, Rob has championed proactive efforts to change work culture as part of GHD’s commitment to diversity and inclusion.

Women remain under-represented in engineering, just over one in ten Australian engineers today are women. According to the Workplace Gender Equality Agency, there is also a 27.5 percent gender pay gap for professional, scientific and technical services – directly impacting women’s leadership path.

“To achieve meaningful gender diversity in our workplaces will require ongoing commitment, genuine self-reflection and importantly the personal courage to actively challenge our own learned bias,” says Rob.

He believes that it is within everyone’s capability to teach themselves about unconscious bias, to recognise and then act on it when it occurs.

“In past organisations, I have seen some senior managers using female engineers like secretaries, and have had the honest conversation about how it appeared. Be prepared to talk about it comfortably, it doesn’t have to be overt nor confrontational,” says Rob.

In his address Rob will share how the company surveyed GHD women around the world on their perspectives on gender equality. The results cover areas such as: flexibility, the role of mentoring, visible role models, career planning and providing opportunities to gain experience on all types of work, including front line operational and site roles.

“Even ten years ago, when I was a project manager, there were never any women in the room. When that changed, the whole conversation changed for the better. It has been a cumulative and very powerful realisation as to the value of diversity of thinking and service orientation,” says Rob.