The registration debate heats up

On Wednesday 23 October, the NSW Government introduced its Design and Building Practitioners Bill and made its ‘second reading’ speech to Parliament.
News Image 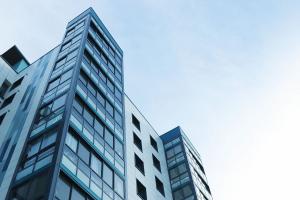 On Wednesday 23 October, the NSW Government introduced its Design and Building Practitioners Bill and made its ‘second reading’ speech to Parliament.

Jargon alert: A Bill is a document that, if agreed by Parliament, will become an Act and therefore law. The Second reading speech is made to Parliament to explain how the Bill is designed to operate. It is important because it is a formal statement to Parliament and is used by courts to interpret the legislation.

An interesting development from Labor

On Thursday, the very next day after the Government’s Bill was introduced, the NSW Labor opposition introduced its own.

And what did they bring to the table? None other than a Professional Engineers Registration Bill!

NSW Labor went to the last election with a commitment to register engineers, and in August gave notice to Parliament of its intention to follow through with a Bill, so it shouldn’t really be a surprise that this has popped up.

Engineers Australia has provided in-depth advice to all parties of Parliament and it’s heartening to see that both the Government and Opposition have taken elements of our advice on board.

This matters because, when the system of Australian governance is broken down to its fundamental parts, we know that whilst a political party introduces Bills, only the full Parliament can turn them into laws.

Now is a wonderful opportunity for the politicians on Macquarie street to demonstrate an ability to work together in the interests of the people of NSW.

The Government has a reform process in progress, but it needs additional work to make it complete. The Opposition has introduced exactly the remedy needed but doesn’t have the numbers to get it passed. These two Bills—one from the Coalition and one from Labor—can merge to deliver the definition of synergy: an effect greater than the sum of their parts. (Can you tell that your author has a passion for good public policy?)

There are just two weeks of Parliament left in 2019, so debate on these Bills will have to move fast. The last day to pass them is Thursday 21 November or the issue will carry over to February 2020 when Parliament resumes after Christmas.

The Private Members Bill introduced by Labor faces a different challenge. The big question is: will the Government view it as a good solution to a public policy dilemma, or will it oppose it on political grounds, or propose a better plan?

What does this mean for you - the working engineer?

Engineers need to get ready!

One thing is certain: registration of engineers is coming to NSW. Which engineers and industries it will apply to is yet to be determined. For structural and fire safety engineers in the building sector, it’s a safe bet that you need to get ready.

The Government’s speech to Parliament on Thursday noted that,“Consideration will also be given to leveraging existing inter jurisdictional licensing frameworks for engineers so that they may be recognised as design practitioners for the purposes of the Bill.”

This is good news and shows the NSW Government is keen to limit duplication in registration processes across the nation.

If the Labor Bill ends up being passed, it currently has a proposed start date of January 2022.

We need your help! Take action! Share your voice!

Engineers Australia is committed to advocating for comprehensive registration of engineers in NSW, and all other states and territories.

The public debate is focused on buildings.

While NSW Parliament is on a 2-week break – NOW is the time to write to your local member. Tell them you think ALL engineers, in ALL industries should be registered to practice.

We suggest you voice your concerns with your local member:

Every voice matters. After all: a single grain of rice can tip the scales.