Registration of engineers – the time is now

In August, Engineers Australia successfully supported the passage of the Professional Engineers Registration Bill through the Victorian Parliament. This was a significant milestone in the profession’s long-standing efforts to have statutory registration to ensure high standards across-the-board, and secure better recognition for the value of engineering services.
News Image 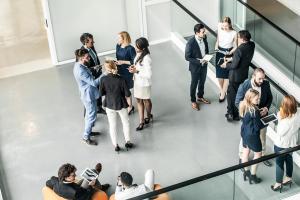 In August, Engineers Australia successfully supported the passage of the Professional Engineers Registration Bill through the Victorian Parliament. This was a significant milestone in the profession’s long-standing efforts to have statutory registration to ensure high standards across-the-board, and secure better recognition for the value of engineering services. Read more about what this means for colleagues in Victoria, here.

For those in the ACT and NSW, many of you are aware of the Engineers Australia campaign to encourage the NSW Government to follow suit. Registration is vital to the state’s building sector reforms and now is the time to make registration the norm for all industries across the country.

If you haven’t seen it yet, visit our campaign website. You will even find instructions on how to have your views seen by the NSW Premier.

The next opportunity to get involved with Engineers Australia’s advocacy efforts will be on 22 October when we will hold a member consultation and information session. Details are available here.

The story so far in NSW

On 26 June 2019, the NSW Government stated that it will require “all building practitioners, including building designers, architects and engineers, be registered to ensure they have the appropriate skills and insurance, and can be held accountable for their actions”.

It’s about time because, amongst the big states of the east coast, it is only NSW that sits uncomfortably in the middle without a statutory mechanism to ensure quality professional standards. QLD has had a registration scheme in place since 1929, and Victoria passed legislation in August this year to do the same.

It is unacceptable that virtually anyone in NSW and the ACT can call themselves an engineer even if they have no relevant education or experience, and no commitment to maintain competency. This contrasts with other professionals like architects, doctors and lawyers, who all have to be registered before legally providing services.

The public agrees. In a national poll conducted in July by Engineers Australia to explore this issue, 87% of people in the ACT answered that “Yes, engineers should have to be registered”. Just 13% opposed it, and no-one responded that they couldn’t say. (The combined result for ACT/NSW was 91% in support).

Engineers Australia is at the forefront of advocacy. We focus on ensuring that a scheme will provide meaningful benefits and operates seamlessly with those in QLD and Victoria. We are also urging Ministers to broaden the scope of their work to require engineers across all disciplines and industries to be registered.

But draft legislation released by the NSW Government last week does not go far enough. Engineers Australia will reinforce our long-standing advice about the need for comprehensive registration, and the public can make a submission to Government by 16 October.

Advocacy for, and informed by, the profession

On behalf of the profession, Engineers Australia has performed its recent advocacy in NSW in a variety of ways: formal submissions in response to Government discussion papers, evidence to Parliamentary inquiries, behind-the-scenes meetings with Ministers and their opposition counterparts, workshops with the responsible department, and many media appearances.

Members have been involved along the way. In July, we asked all NSW-based member for views on registration and your emails and letters were fantastic for informing the organisation’s submission to Government. The next opportunity to inform Engineers Australia’s work will be on 22 October.

The ACT government has had a long-standing commitment to introduce registration of engineers, ever since it was a recommendation of the inquiry into the 2010 Gungahlin Drive Extension Bridge Collapse.

There is a national element to this work and the east coast is just the beginning. Importantly for business owners, with each new state or territory that introduces registration, the Mutual Recognition Act 1992 kicks in to ensure seamless recognition of registered status across borders.

At the national level, the discussion always starts with the building sector and the Building Ministers Forum (BMF) (a collective of the relevant Minister from the Commonwealth Government and each state and territory Government). The BMF members have committed to implement recommendation 1 of the now-famous ‘Building Confidence’ report by Peter Shergold and Bronwyn Weir, which is to require engineers (amongst others) to be registered to practice in the building sector.

The BMF has in turn tasked the Australian Building Codes Board (ABCB) to coordinate implementation of all 24 recommendations of the Building Confidence report. Expect to hear more from the ABCB on timeframes for this work soon.

Registration of engineers is certainly not a silver bullet. Engineers Australia and its members are therefore very active across a wide range of issues in the building sector reform process. Learn more from a recent create digital article that explore it in more detail.