An English-born engineer who was active in Melbourne from 1856 till the 1870's turned his hand to a range of industries throughout this period without letting huge financial challenges slow him down.
News Image 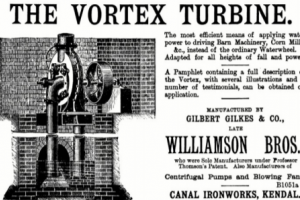 An English-born engineer who was active in Melbourne from 1856 till the 1870's turned his hand to a range of industries throughout this period without letting huge financial challenges slow him down.

Richard Jenkin Polglase, whose name notably included both parents' surnames, was born in Cornwall, England, and was first discovered in historic records in Melbourne about 1858 after being declared insolvent in February 1856.

From early 1859 he was in partnership with Henry Tregellas managing the Crown Iron Works in Elizabeth Street until 1862, but this dissolved with Jenkin Polglase bearing the brunt of the costs. During this time, the engineer showed an early interest in gold mining, demonstrated by the application for a patent for improvement to machinery for breaking stones.

Then in 1864, Jenkin Polglase turned up at Green Hill Sawmills in Gordon, 95 km west of the state capital, and moved to a small town on the banks of the Goulburn River two years later. Throughout 1866 and 1867, he installed five or six water turbines in remote and rugged goldfields around Woods Point where he lived.

The first turbine was a Whitelaw and Stirrat patent, possibly the only Barker's Mill installed in Australia. The remaining turbines were the Thomson Vortex design. Jenkin Polglase's installation of this innovative machinery was the first of such in Victoria, and possibly Australia.

By 1871, this 'elderly' engineer was 54 years-old and had been accumulating debts for about five years, mostly small amounts for stores and labour. However, there was a debt of £140 to Wright & Edwards for the supply of machinery, probably for the purchase of turbines and crushing machinery, and a £200 6s 10d bill from A K Smith's Carlton Foundry, which led to his third insolvency. At the time, Jenkin Polglase was in the red for a staggering total of 1429 pounds 13 shillings and 10 pence.

Want to know what happened to Richard Jenkin Polglase next?

You can read the full story in Engineers Heritage Australia Magazine or check out Peter Behrendt, another quirky engineer who made his mark in Victoria in the late 19th century. Editions from 2013 to 2020 of EHA magazine are free to read and you can register at [email protected] for a free email subscription.