Rotten & broken: why we need to fix NSW’s building sector

As the state’s building industry faces crisis, Engineers Australia says important independent recommendations that can solve some of the industry’s biggest problems risk being ignored or watered down. With more buildings around NSW identified with defects or unsafe flammable cladding, now is the time for state and federal governments to fulfil their commitment to necessary reforms to prevent dangerous building practices from continuing.
News Image 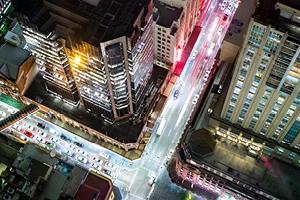 A list of 24 recommendations were made in the Shergold and Weir Building Confidence report which was released more than a year ago.

The independent report, commissioned by the Building Ministers’ Forum in response to the UK’s Grenfell Tower tragedy in 2017, stated in its first recommendation that registration of engineers should be introduced and harmonised around the country.

By February 2019, the final report into the causes of the structural damage to Sydney’s Opal Tower was released. The report echoed the Shergold and Weir report’s recommendation for an engineer’s registration system and even went so far as to say if a scheme was in place the damage at Opal Tower could have been avoided.

The NSW government was quick to respond to the report saying they were committed to act on its recommendations. By March, all states and territories also released their response to the implementation plan to roll out the Shergold and Weir report’s 24 recommendations.

But by June, another tower in Sydney was found to have major structural flaws – yet another major failure, coming after the Opal Tower just six months earlier.

How registration can fix a broken system

National Manager for Public Affairs at Engineers Australia Jonathan Russell says the Mascot Tower event was another unfortunate wake-up call to act on the recommendations.

He says that commitments have been made publicly, though the NSW government’s response doesn’t yet inspire complete confidence that all recommendations in the Shergold and Weir and Opal Tower reports will be acted on. But it’s not too late.

“It is fantastic that registration of engineers is included in the NSW Government’s reform package,” he says.

“Engineers Australia’s position is that all recommendations need to be within the program of reform.”

Engineers Australia continues to push for reforms that have been set out by independent and competent voices in the industry.

It has also recognised that registration is not a ‘silver bullet’ for the industry, but a key first step in creating a system that recognises people likely to perform competently.

At the same time the system should also have mechanisms to exclude those found to be unsuitable to work as an engineer.

Engineers Australia has urged governments to ensure that a NSW registration scheme meet the right criteria and act in the same ways as other schemes that are already in place in Queensland and proposed for introduction in Victoria through the Professional Engineers Registration Bill 2019.

Engineers Australia is also calling for the registration scheme to include all engineers in the building sector, with exceptions around those working under the supervision of a registered engineer.

Mr Russell says they are committed to seeing a registration scheme that extends to all engineers in all sectors in the state but recognises that might take time.

“We understand it's beyond the scope of the government's current work, but that registration-related legislation should be crafted so that it can be expanded at a later date,” he says.

A closer look at the NSW government’s plans to implement the Shergold and Weir report recommendations reveals that it is introducing a ‘building designer’: someone who can provide final sign-off on designs of a building in accordance with the national construction code.

Mr Russell says this proposed reform has merit but doesn’t in itself fulfil the recommendations made in both of the reports for a registration scheme for engineers.

“A building designer could mean an architect, an engineer, and other types of professionals. And on the face of it, it seems that many engineers operating in the building sector could be left out. That would be inappropriate,” Mr Russell says.

“Instead of requiring engineers in the building sector to be registered, what is proposed in the government’s discussion paper is to require the individuals who hold a designation of ‘building designer’ for purposes of regulation and sign off, to be registered.

Mr Russell says this plan doesn’t fulfil the expectations of the public which are showing consistent support for registration of engineers.

Recent polling by Engineers Australia has shown that the public supports a broad-based registration of engineers across all demographics.

Out of the 1,222 people polled, almost 90 per cent agreed that engineers should have to be registered.

Those polled who lived in NSW showed even higher levels of support with 91 per cent support.

“It’s no surprise that the general public already thinks that engineers are registered or should be,” Mr Russell says.

Engineers Australia recently emailed NSW members for their input on the proposed reforms, including creating a registration scheme for engineers.

More than 90% of members expressed support of registration for engineers, especially if it is harmonised to enable mutual recognition across borders.

You can find Engineers Australia’s response to the NSW discussion paper, ‘Building Stronger Foundations’ on our website.

As governments and organisations work towards consistent and sound approaches to future building reforms, an insurance crisis has emerged within the industry and is yet to be resolved.

Building certifiers are finding it next to impossible to gain professional indemnity insurance as the entire sector grapples with hundreds of buildings around the state being identified as having combustible cladding.

Jurisdictions including Queensland, NSW, Tasmania, ACT and WA have either finished or about to finish audits in an effort to identify non-compliant combustible cladding in buildings.

Victoria has already been auditing high-rise buildings for the presence of combustible cladding following the Lacrosse building fire in 2014.

Chair of Engineers Australia’s Society of Fire Safety Dr Jonathan Barnett says because some state governments weren’t releasing details of their audits meant insurers were unable to assess what exposure to risk certifiers had for their professional indemnity insurance.

“We understand that Queensland is releasing details of the buildings deemed to contain flammable cladding, but that others are not,” Dr Barnett was quoted in a recent create story.

A condition of a building certifier’s licence is that they have professional indemnity insurance. If they can’t get insurance, they can’t practice.

Jonathan Russell says this has huge consequences for the sector if certifiers can’t sign off on buildings.

Mr Russell says Engineers Australia and the Society of Fire Safety has been working together with government and the insurance industry to find solutions.

Last year, the Insurance Council of Australia (ICA), in partnership with Engineers Australia, released a protocol to identify and report non-compliant cladding.

But Mr Russell says the real question is why it took so long for the industry to get away with using these non-compliant products in the first place.

“Why is it happening? It's happening because the building sector has rotten elements that have gotten away with poor practices for too long; it's broken. People aren't using fire safety engineers when they're supposed to. Instead they'll make a decision outside their scope of expertise,” he says.

While all governments agreed at the BMF meeting on 18 July that they are committed to a nationally consistent approach to meeting building safety standards, the proof will be to see if they are listening to the right voices.