The Australian Government has announced that French company DCNS has been selected to build the navy's new submarines and construction will take place in Adelaide.
News Image 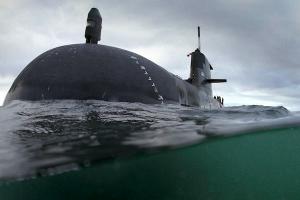 The Australian Government has announced that French company DCNS has been selected to build the navy's new submarines and construction will take place in Adelaide.

Prime Minister Malcolm Turnbull said the commitment to an Australian build will create a sustainable Australian naval shipbuilding industry and provide the certainty that industry requires to invest in innovation and technology and grow its workforce.

He felt the French bid was successful over its German and Japanese rivals because of its focus on innovation.

"That I'm sure resonates greatly with today's government and defence community," Skinner said. "You can't build what worked for yesterday or today when you're trying to be ready for the future in 15-20 years time. You've got to move with where the technology is taking us."

He said the decision to go with a continuous build was essential to retain knowledge and skills developed at each stage of the process. However, he raised concerns about whether Australia would have sufficient engineering skills for the project at the outset and DCNS would probably have to use French engineers in key areas.

Engineers Australia Defence spokesperson Greg Walters said it was important that we understand how and when Australian industry can participate.

"Many Australian businesses have been tracking this opportunity and are well positioned to be involved," Walters said.

“Opportunities to be involved in the design phase start now. Opportunities in the supply chain for Australian businesses include providing locally designed and made equipment; integration activities, including integration of the combat system; and involvement in the sustainment phase which supports operations, maintenance and upgrades.”

He said the development of high-tech skills is an essential public good that benefits the broader economy.

"It is critical that state and federal governments commit to supporting and developing the skills needed to build and sustain the fleet. Engineers Australia will be working hard to ensure this occurs,” Walters said.

“There also needs to be a commitment to ensuring Australian industry can sustain the fleet over its entire life – at home and overseas.”