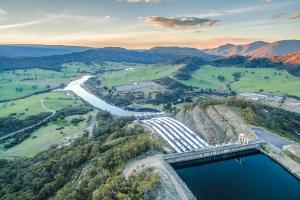 While most Australians look forward to welcoming the warmer weather that comes with summer, for some engineers in the energy sector it brings headaches.

As the days get warmer, Australia’s transitioning energy market is impacted by the growing demands from consumers as they cope with soaring temperatures.

Last year, the summer period was the hottest on record with temperatures easily beating the previous record set in the 2012-13 summer.

For this year’s upcoming summer period, the Australian Energy Market Operator (AEMO) says most regions are prepared for peak periods, but warns of potential blackouts on days of extreme heat in Victoria.

While the market is ready for another intense weather season, Infrastructure Australia’s latest audit exposed concerns around certainty on energy policy.

The audit found that while Australians were consuming less electricity, seeing an 8 per cent per capita decrease in an 11-year period, electricity bills rose by more than 30 per cent.

The audit says a number of causes could be attributed to the rise in prices including the “retirement of major coal generators in South Australia and Victoria, a series of outages in ageing gas and coal generators, and interconnector constraints, as well as higher gas and coal prices.”

The market is also transitioning from a predominantly carbon-based fuel energy system to one that incorporates renewable energy such as solar and wind and is happening at a rate that industry, existing infrastructure and policy are all failing to keep up with.

With an overwhelming majority of the engineering, science and general community agreeing that this transition needs to happen to achieve a more sustainable future, there are questions that remain.

How do we keep up with this fast pace of transformation and disruption in the energy industry? And where do we invest in a rapidly changing energy landscape?

Finding the solutions for a transition

The report Independent Review into the Future Security of the National Electricity Market – Blueprint for the Future by Chief Scientist Dr Alan Finkel, highlights the need for an “orderly transition”.

Not only does the transition need to be orderly but we need to continue to provide a “secure, reliable and affordable electricity system” for Australians.

Engineers are now focussing on a transition that deals with the issues of connecting renewable energy into an existing system not originally designed for these new technologies.

In a recent a report commissioned by Engineers Australia, in partnership with Australian Strategic Policy Institute (ASPI), four young engineers presented their ideas on the problem of designing resilient energy systems within the parameters of new and emerging technologies.

Professional advisor and technical consultant at Ekistica, and one of the young engineers contributing to the report, Claire Paynter says historically Australia’s power generation industry was able to overcome massive challenges like the ones faced today.

“The achievements of those who contributed to shaping Australia’s electricity network are undeniably impressive,” Claire writes.

“As a modern society, the comforts we all take for granted are largely the rewards of their visionary and boundary-pushing work, with increasingly bigger transmission, interconnection, market design, and power stations so large that the scale cannot be conveyed on paper.”

To tackle the transition problem, Claire suggests rather than focus on technical details or plans you first have to have clear leadership.

“With so many moving parts, there is an audible cry for clear and cohesive leadership that will provide guidance in an environment of broad, sweeping developments,” Claire writes.

“Energy leadership historically came through centralised authorities, with a clear and definitive mandate to consider the entire system.”

Claire pointed to Horizon Power’s Onslow microgrid in Western Australia – comprised of a bulk, centralised, one-megawatt solar farm and a one megawatt-hour network battery – as an example of how a utility can implement new forward-thinking solutions in the modern day.

Engineers Australia Senior Policy Advisor for energy, Steve Rodgers says these arguments and proposed solutions are at the core of how we solve these challenges.

“While we’re in a transition, there have been many calls for action and preparation during peak times and they are going to keep coming up,” he says.

“The solutions are clear to us: engineers need to be at the core of decision making in current and future power systems.

“We also need to take advantage of cutting edge and proven technologies and build more resilient energy systems to prepare us for the worst.”