The electrification of Melbourne's suburban railway lines was first mooted at the end of the 19th century, but more than two decades would pass before it was completed after the involvement of a UK-based engineer.
News Image 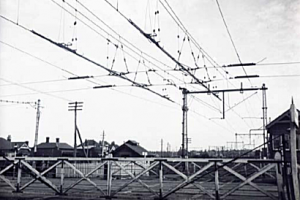 The electrification of Melbourne's suburban railway lines was first mooted at the end of the 19th century, but more than two decades would pass before it was completed after the involvement of a UK-based engineer.

The first detail assessment was made in 1908 by 44-year-old English consultant engineer, Charles Merz, who was commissioned by the Victorian Government to write a report. Merz had joined Newcastle Electric Supply Company in the UK as an apprentice and had become chief engineer at the Cork Electric Tramways and Lighting Company in Ireland before setting up a consultancy firm with William McLellan in 1898 that would become Merz & McLellan.

Merz's 1908 report demonstrated the financial viability for the transfer of Melbourne's suburban railway lines from steam-powered to electrification, however, the Railway Commissioners at the time opted to hold off proceeding and keep the option under review. A Royal Commission into Melbourne's railway and tramway systems in 1910-11 saw the re-appointment of Merz to review and update his original report, which he submitted in mid-1912. This included costings on actual tender prices for major plant and equipment, with alternatives for high voltage single-phase AC and medium-voltage DC traction.

These alternatives were more cost-effective for Melbourne and a 1500 volt DC traction system with an overhead contact wire was recommended, which differed from the 1908 proposal for an 800 volt DC system with a protected contact rail. The 1912 report proposal also included the building of a 78 MW coal-fired power station that would be the largest electricity generating plant of its time in the South Hemisphere.

Following further parliamentary committee investigations the electrification scheme was approved in December 1912, but it would be another 11 years before it was completed. Want to know what happened in the interim and what became of Charles Merz?

You can read the full story in in Engineers Heritage Australia Magazine which is free to read. Editions from 2013 to 2020 of this digital magazine are available to read on EA's website or you may choose to register at [email protected] for a free email subscription to future issues.