Monash University have found a way to capture graphenes and the toxins they attract from water by using light of different wavelengths.
News Image 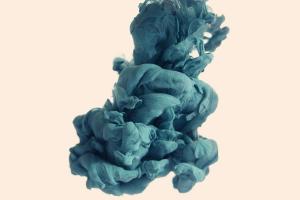 Simple large-scale water purification sans filters could be a possibility, as researchers at Monash University have found a way to capture graphenes and the toxins and contaminants they attract from water by using light of different wavelengths.

Graphenes, including graphene oxide, reduced graphene oxide, and carbon nanotubes, are essentially two-dimensional materials measuring only an atom thick. This means that they have the highest surface area possible. When added to water, the graphenes disperse and are suspended in the liquid. Contaminants present in the water will readily stick onto the surfaces of the graphenes.

Research shows their performance as water purification agents surpasses that of any currently used materials or membranes.

However, once dispersed in water, graphene will not settle, or would take a long time to settle. Engineers had to work out how to collect the graphene, and the contaminants they have attracted. Previous approaches included spinning the water at high speeds to allow the graphene to be collected via centrifugation, or by adding large amounts of polymer. These methods either require large amounts of additional energy input, or were costly.

The Monash University researchers, Dr Rico Tabor and Thomas McCoy, added a small amount of cationic azobenzene photosurfactant, a light-sensitive substance, to the water containing the graphenes and contaminants.

The researchers then shone a UV light in the 365nm wavelength on the sample. The UV light changes the surfactant molecules from the thermodynamically stable trans isomers to cis isomers. This increases their solubility in water, alters their adsorption affinity for the graphene sheets, and also causes the surface tension of the water to change.

As a result, the graphenes come out of suspension in a process of flocculation, clumping together. This makes it easier to extract the graphenes and the contaminants that have stuck to them.

The researchers found they could reverse the transformation by illuminating the solution with a 450 nm wavelength blue light, once again dispersing the graphenes into the water.

According to McCoy, using light to capture graphenes has many benefits.

“Light is appealing as it is abundantly available, simple and low cost when compared to most separation methods,” he explained. “Our latest research findings could have significant implications for cost-effective, large-scale water treatment.”