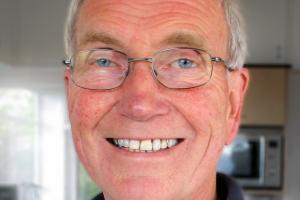 Henk Kremer has been a long term member of the Tasmania Division Committee and served terms as Vice President, President (1995) and Past President. His aim was always to promote community awareness of the importance of engineers to society.

Henk was born in 1944 in Groningen in the occupied Netherlands, and migrated to Australia in 1953 with his parents. The family eventually settled in Hobart, first at Moonah and then at Granton. Henk went to Moonah Primary, New Town Technical High School and Hobart College for matriculation. He enrolled in engineering at the University of Tasmania, but here his academic progress faltered. We now know that this was most likely caused by the effects of a pituitary tumour, diagnosed later in 1972. He eventually completed a Diploma of Civil Engineering at the Hobart Technical College in 1970.

Henk worked for the Hydro-Electric Commission for over 20 years, initially in the Civil Engineering Laboratories in Moonah, testing soils, rock, concrete and bitumen. He had a strict boss in Soil and Rock Mechanics was a strict Serb, and worked in a diverse team with Polish lab assistants and an Estonian, Ukranian and German in the field-testing team. It was Henk's job to act as go-between between these people of different backgrounds, and here he demonstrated his skill of working with people and not dictating to them.

Moving to the Roads Design Section, Henk developed as a designer of roads in the Mersey-Forth and Gordon Power Developments and worked on village services for Strathgordon and Tullah.

Henk transferred to Structures Design Section in 1978, and spent some time in the early 1980s in Project Investigation. Later in the 1980s, he travelled regularly to the West Coast to work on the construction of the Anthony Power Development.

Henk sought a career change in 1994, transferring to the Internal Audit Branch at Aurora Energy, formerly the electricity distribution and retail part of the Hydro-Electric Commission. He completed an MBA (Technology Management) in 1997 and became Manager, Internal Audit, where it was his role to get the best out of the people and practices in the organisation, and this reflected his attitude to his own work and life.

Outside his work, his interests and community involvement included The World Ship Society, Cubs as Assistant Cub Leader, Mount Stuart School Council, boating, fishing, cycling, walking, a school sports spectator, a Tournament of Minds mentor, APEA involvement, and he was a lecturer in Civil Engineering at Hobart Technical College.

Henk retired in 2004. At an RBF retirement seminar featuring Ita Buttrose, Ita said that retirement should be a 3-legged stool, one leg each for financial, mental and physical health.  Sadly, Henk’s third leg let him down. After nine years of happy retirement Henk suffered his first stroke in 2013. This affected his mobility and eyesight. However, he never let his many health issues get to him. He was always up for a chat and enjoyed the company of his fellow engineers. His wife Sue was his loving carer for the next six years. He died a few months after a second stroke in 2019. “He made the most of every day.”

Drafted by Bruce Cole and polished by Sue Kremer