Western Australia is becoming concerned about a skills shortage for mining engineers, engineering associates and technicians in the near future, as it’s unable to attract young people from metro areas despite high paying entry level jobs of around $100k.
News Image 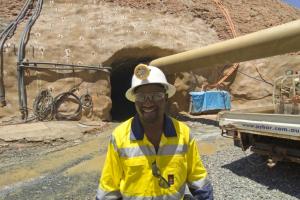 Western Australia is becoming concerned about a skills shortage for mining engineers, engineering associates and technicians in the near future, as it’s unable to attract young people from metro areas despite high paying entry level jobs of around $100k.

The Minerals Council of Australia has told ABC News that tertiary enrolments of students studying mining engineering have been on the decline for the past six years. With almost 300 mining engineers graduating each year during the resources boom across Australia’s eight tertiary mining courses, based on current numbers the figure is expected to fall to about 50 by 2022.

While commodity prices may have bounced back, enrolments remain low with only six students studying mining engineering at UNSW, yet there were 120 in 2014. The Mineral Council’s Gavin Lind said there is negative sentiment towards the industry, particularly in metro areas.

“That surprises us because mining is such an exciting game, particularly when you consider the new types of technology through automation and robotics and artificial intelligence,” he told the ABC. “We’re going to need very clever people to help us in our industry.”

And it’s an issue for Western Australia in particular where big construction projects along the eastern seaboard are attracting a range of engineers away from the mining sector, according to the state’s biggest gold miner Saracen Mineral Holdings.

“Civil projects like the Sydney airport and tunnels are pulling some of our resources from WA over there, so we've got an issue which we need to address very, very quickly," Saracen’s MD, Raleigh Finlayson, who is also president of the WA School of Mines’ Alumni Association.

Compounding this situation is that mining engineers have been removed from the short-term list of roles for the temporary skills shortage visa that replaced the 457 visa and Lind says is only listed as medium-term.

He is also worried a skills shortage could drive up wage levels and force companies to employ overseas engineers or fly-in, fly-out engineers from interstate. The Minerals Council has called for the Federal Government to consider offering incentives to attract people to subjects like mining engineering because of its “national significance”.