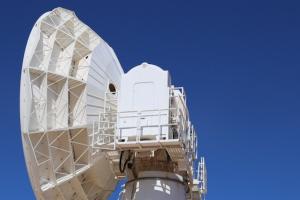 The C-Band Space Surveillance Radar System was previously based in Antigua where it was used by the United States for telemetry tracking of space launches from Cape Canaveral.

“The C-Band radar system was gradually relocated to Harold E. Holt from 2014 and operates as a sensor node in the US global Space Surveillance Network,” Minister Payne said.

“In its new location the radar provides both southern and eastern hemisphere coverage that will lead to improved positional accuracies and predictions. It can accurately track several hundred objects a day and identify space debris and satellites."

Project manager Mike Carney said they built a new building and an eight-metre high pedestal for the radar to sit on as well.

“It is a substantial structure,” he said. “The radar weighs 60 tonnes and has a 10 metre-wide dish. It took two C-5 Galaxy’s and one 36SQN C-17 to get it here and once on the ground at RAAF Base Learmonth, our air load teams took the equipment off.”

The radar will operate seven days a week with Raytheon in Exmouth maintaining it.