Engineers Australia congratulates Dr Marlene Kanga AM in starting her new role as President of the World Federation of Engineering Organisations (WFEO) this month.
News Image 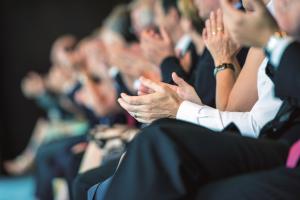 Dr Kanga is a Chartered Chemical Engineer and Honorary Fellow of Engineers Australia. She has dedicated many years of service to the association, holding the position of National President from 2013 to 2014 and Chair of the International Committee from 2014 to 2016. 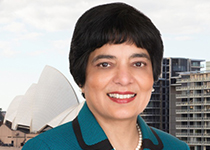 During these years, Dr Kanga signed significant Mutual Recognition Agreements with engineering bodies around the world and was an active advocate for diversity within the profession. She has been listed among the Top 100 Women of Influence in Australia and in 2014 was made a Member of the Order of Australia for her substantial service to engineering.

Engineers Australia’s current National President, John McIntosh FIEAust CPEng EngExec NER APEC Engineer IntPE(Aus) was delighted to witness Dr Kanga’s confirmation as President of WFEO in Rome last month. “In what has been a very male-dominated forum, Marlene’s clarity of vision and purpose won through”, Mr McIntosh said. “I look forward to seeing Marlene shape the future of engineering in her new role and feel certain that WFEO will be a better place under her outstanding leadership over the next two years.”

Engineers Australia would like to thank Dr Kanga for her tireless contribution to the profession and looks forward to her leading the global engineering profession.