What does the Coalition's policy agenda mean for engineering? 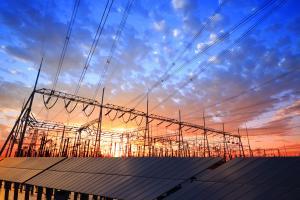 With the Coalition Government having been returned in Canberra following Saturday’s stunning federal election upset, the focus is turning to what the Government’s policy agenda is for this term and how its directly affects the engineering profession.

Much of the focus during the election campaign was on Labor’s policies as they were the favourite to win and proposed the most change. This left many to suggest the Government’s policy agenda wasn’t clear. The reality is the Morrison Government outlined their commitments on 2 April when they handed down the 2019/20 Federal Budget.

The headline items in the Budget included a forecast surplus of $7.1 billion in the 2019-20 financial year and personal income tax cuts. Next year would be the first time in more than a decade that the Budget would be in surplus, if this is delivered.

The proposed tax changes are the largest personal income tax cuts in more than a decade and would be worth $158 billion. Other elements of the Government’s tax commitments include more than doubling the low-and-middle-income tax offset (from 2018-19); taxpayers earning up to $126,000 a year will receive a tax cut, meaning more than 10 million taxpayers will benefit and 4.5 million will receive the full amount; the 32.5% tax rate will be lowered to 30% from 1 July 2024 and this will cover all taxpayers earning between $45,000 and $200,000 (so 94% of taxpayers will pay no more than 30 cents in the dollar).

The tax cuts, which the Prime Minister wants to legislate as one of the new Parliament’s first duties, are designed to strengthen the economy and build economic confidence, and are consistent with the Liberals’ election slogan, which was “building our economy, securing your future”.

Leading into the election, Engineers Australia identified three main policy areas that the next government should prioritise: energy, infrastructure and technology/industry. The following examines the commitments that the Morrison Government has made in these policy areas.

Energy, including the related issue of climate change, was a prominent issue during the election campaign, with Labor proposing to reduce greenhouse gas emissions by 45% on 2005 by 2030. It is not correct, as some have claimed, that the Coalition does not have a climate change policy. The Coalition has committed to the elements of the international agreement which was struck in 2015 by countries which are party to the United Nations Framework Convention on Climate Change (otherwise known as the “Paris agreement”), which include a national target to reduce emissions by 26% (below 2005 levels) by 2030. The Coalition’s current position on renewable energy remains unchanged – that it is aiming for 23.5% of Australia’s energy to come from clean sources (e.g. wind, solar, hydro-electric) by 2020 (the equivalent of 33,000 gigawatt hours).

In February, the Prime Minister and Minister for the Environment announced a series of major energy/environment policy commitments, which were also contained in the Budget, known as its “Climate Solutions Package”. The package, which was worth $3.5 billion, includes a $2 billion Climate Solutions Fund to provide support for Australians to reduce emissions and lead environmental change.

Other key points from the energy policy the Coalition took to the election include:

On fuel security, in the final week that Parliament sat before the election, the Government announced a public consultation process to develop a response to the Interim Report on the Fuel Security Review. The deadline for submissions to be considered during the consultation process was in early May, therefore, finalising the Government’s response to the report will be one of the first tasks for the Minister for Energy. However, the Government has already stated that it…

“…has initiated negotiations with the International Energy Agency (IEA) to modernise the IEA’s outdated rules that disproportionately affect Australia due to its geographic remoteness. If these policy changes are accepted, our stock holding days will reach 85 days under the IEA process.”

When handing down the Federal Budget, the Government announced a $100 billion investment in infrastructure over the next decade, with funding to go towards major/local roads, fast rail, measures to address urban congestion and commuter car parks.

The following is from the Department of Infrastructure, Regional Development and Cities portfolio Budget statement:

“The department will continue to consider a range of challenges and opportunities facing Australia in 2019-20. These include:

Major commitments in the infrastructure policy the Coalition took to the election include:

During the election campaign, the Coalition committed to create a Manufacturing Modernisation Fund, with the aim of stimulating at least $160 million of investment. The Government has pledged that the fund will include $20 million in matched grants of between $50,000-$100,000 for smaller-scale investments in technology and efficiency improvements and $30 million in larger-scale grants of up to $1 million to support more transformative investments in technologies and processes (with industry to provide $3 for every $1 of government funding).

“People all over the world know the ‘Australian Made’ logo means quality. Our plan is about giving those hard-working businesses a competitive edge in overseas markets.”

In March, just ahead of the commencement of the election campaign, the Government announced its future population policy. Key elements of the policy included: