There is a perception from some people in the industry that project controls don't add value to a project, says Lance Stephenson, AECOM's Los Angeles-based Director of Operations.
News Image 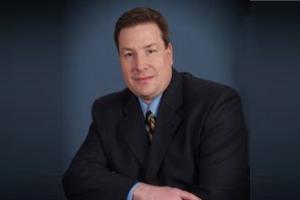 "A project controls practitioner brings to the project awareness and understanding of the health of the project," he says.

"Project Controls practitioners also assist in identifying intangible benefits, such as the early recognition of schedule impacts or slippage. This allows the team to implement corrective actions, and maintain the 'go live date'."

Stephenson will be speaking at the Project Controls Conference to be held in Sydney on September 20-22. His presentation 'Who needs project controls? Just do it' will draw on his experiences as a practitioner, educator, implementer and leader of strategic cost engineering and project controls.

"I will also be looking at how key drivers are corrupted if you do not ensure due diligence in implementing and managing a project controls process within an organisation and the project," he says.

Stephenson believes project control practitioners can learn from some of the ideas presented by Andrew Hopkins in his book 'Disastrous Decisions – The Human and Organisational Causes of the Gulf of Mexico Blowout'. He says some of the human and organisational factors that must be considered when looking at risks include:

Stephenson says project controls practitioners need to ensure that they learn, develop and grow in their respective roles.

"One needs to develop the tangible skills, such as the mechanics of cost engineering and project controls; from estimating & budgets, to planning & scheduling, to risk management, to cost control and earn value, and finally, change management and forecasting," he says.

He also believes it is important to have a strong grasp of technology.

"In the past 30 years, our society has moved from the PC, to web based applications, to mobile apps, to big data to artificial intelligence to augmented and virtual reality to block-chain to IoT (internet of things). Who knows what is next," he says.

"Therefore, there is even a greater need and more compelling reason to ensure appropriate understanding of data warehousing, configuration and integration of our systems."

That said, he believes it is important not to get obsessed with every piece of data you can find. He quotes a former mentor, John Hollmann, who told him that he likes to provide essential information at the highest level necessary in order to understand the apparent risks and health of the project, which then allows him to make appropriate decisions in a timely manner.

"From that day on, I have always been aware as to the level of detail required for the project, program or portfolio," he says.

"I have seen too many times where a project controls practitioner spends all of his or her time making sure the numbers are right, rather than analysing and identifying potential impacts, and the much needed awareness around the health of the project."