Why diversity is important

After attending a range of events around the time of International Women’s Day, Lauran Huefner, General Manager – South Australia shares some insights around the importance of diversity inside and outside of the workforce.
News Image 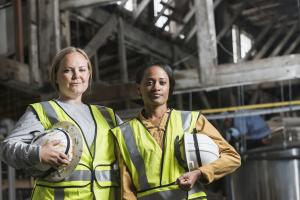 In the past six weeks, and before our new daily paradigm emerged, I was fortunate to attend three outstanding events that highlighted the challenge ahead for our profession in succeeding at our diversity agenda. I took home many important learnings from each of them, including a few points in particular that I believe we should all pay attention to.

According to the World Economic Forum Global Gender Gap Report 2020, of the 153 countries assessed, Australia has slipped to number 44. In 2006, Australia ranked 15. The report found Australia ranks well on educational attainment (equal first), okay on economic participation (12), and poor on political empowerment (57) and Health and survival (104).

This is not to undermine the work being done by Engineers Australia and other groups with the same commitment to diversity, but to help strengthen our resolve to continue to elevate the role that women have to play in our profession as a key plank of our diversity work.

The positive take home for our profession is that according to this report we rank well for educational attainment. With the ongoing work to encourage females to pursue STEM careers and the support to keep them in these roles, we can be optimistic that the trend is heading in the right direction.

In mid-February I moderated a panel for the Women in Engineering SA Committee, titled ‘Quotas – Necessary Evil?’.  This was attended by a very diverse group representing men and women from all over the world, and utilised interactive tools to assess support for quotas and to put a number of questions to the panel – Kylie Schmidt of AECOM, Anna Lee of Leed Consulting and Nigel Ridgway of Hydroplan. In simple terms, the room was strongly convinced that quotas are a necessary evil in order to stimulate change.

You may ask why? Much of the discussion was based around the notion that quotas highlight how decisions are made, and how those decisions affect women and other groups.  The thinking is that when a group is made up of one type of person exclusively, the thinking can become quite uniform.

Our panelists shared their personal experiences, which included envisaging a brighter future of opportunity for their daughters – something many in the room, and no doubt those reading this, can relate to. The event was well received and I hope to host a follow up event in a year or so to reflect on progress made and refocus on the work still to do.

I was also fortunate to take part in a recent session run by Male Champions of Change. In meeting men and women from other organisations and states, I was able to hear of experiences that should make us embarrassed, as well as some success stories.

For instance, one example of decision making that marked an example of “diversity confusion”, and something that probably happens in many organisations, was a firm that chose to have a combined prayer room and breast feeding room.  You can just see the woman needing to express at the same time as a call to prayer: who goes first? If we are planning for diversity in our workforce, how can we have two competing interests forced to fit into one space when they clearly should be separate?

The other thing I took to Male Champions of Change, and what I have subsequently reinforced to myself, is the justification for diversity:  Why Diversity is Important.  Too often we could say, “because it is”, or “because it’s good for our bottom-line”.

But to my mind that is not a robust argument. It was proposed to me that the justification for diversity should be encapsulated in an elevator pitch, so here I will share mine.

From an engineer’s perspective we are engaged daily in the work of solving problems that our communities face.  When we, as an engineering team, try to meet that challenge, being a diverse team that understands the gender, race and ability challenges of the people in our community will help us build better solutions.

That is why diversity is important.