Women engineers should be 'unremarkable' by now

While women engineers are still in the minority in Australia, there are some exceptions to the rule who have managed to rise to the top and thrive despite stereotypes and obstacles thrown in their paths.
News Image 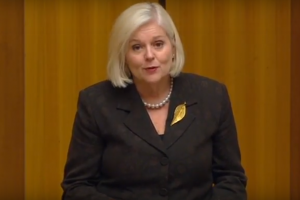 While women engineers are still in the minority in Australia, there are some exceptions to the rule who have managed to rise to the top and thrive despite stereotypes and obstacles thrown in their paths.

Industry Science and Technology Minister Karen Andrews is one such engineer. But she wishes women leaders in STEM fields did not stand out as much as they do.

"This is 2019, this should be unremarkable," Ms Andrews told the Sydney Morning Herald in a recent article focused on women with STEM skills.

As part of her legacy as the Minister for Industry, Science and Technology, Ms Andrews wants to see more women in science, technology, engineering and mathematics careers, and emphasised that 75% of the fastest-moving occupations will require STEM skills.

As 2019 comes to a close and we enter a new decade of the 21st century, Ms Andrews encouraged young women in their final years of high school to look at all career options and not be put off by anything they don't understand or that they think they might not be good at.

The former engineer revealed she was top of her year in maths and science when finishing high school in the late 1970s, but the teacher offered her different advice to the two male students she was leading the class with.

Five years on, the future Australian Government Minister was one of the first two female graduates in mechanical engineering at the Queensland University of Technology in 1983. Ms Andrews worked at power stations in Queensland and later went on to become the first female plant engineer at Esso in Victoria.

She then launched her own HR and industrial relations consultancy, which led to her becoming a strong advocate for local businesses. Ms Andrews then stood as the LNP candidate for McPherson in the 2010 election and won, and was re-elected in 2013, 2016 and 2019. She was promoted to Minister for Industry, Science and Technology in August 2018, with her experience as an engineer having held her in good stead.